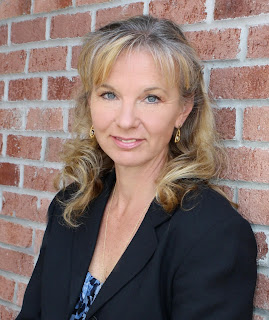 It's a great pleasure to welcome Lisa Black as to Murder By 4. Lisa spent the five happiest years of her life in a morgue. As a forensic scientist in the coroner’s office she analyzed gunshot residue on hands and clothing, hairs, fibers, paint, glass, DNA, blood and many other forms of trace evidence, as well as crime scenes. Now she’s a certified latent print examiner and CSI for the Cape Coral Police Department. Her books have been translated into six languages. Evidence of Murder reached the NYT mass market bestseller’s list. 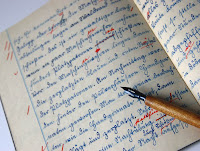 Don’t get me wrong, I love to redecorate a room or try a new hairstyle as much as the next girl. But when it comes to writing, I hate change.
You know how it is—the buts. Your sister/critique group/agent/editor says, “I love it, but—” and you know whatever comes next will mean a) that you have to part with something you liked enough to write in the first place and b) more work. I really hate a), and I hate b) even more.
Like most writers, I suspect, I can become deeply conflicted over the writing process. I love a book until I put the last word on the last page, at which point I instantly become convinced that it stinks and no one will ever want to read it. Not only that, but after spending five or six or seven months with the thing, I’m sick of it. I don’t want to look at it again, much less revise. It’s not so much that my ego can’t take it, that I believe every golden word I put on the page is perfect and irreproachable. It’s just that I’m lazy.
I have, however, gotten used to it. I didn’t have much of a choice.
In the case of my first published book, Trace Evidence, my agent took me on in April. She suggested changes. I made them, we went back and forth and finally hashed everything out so that I could mail her a final, final version—on Christmas Eve. Eight months. Then the publisher bought it (yay) and the editor sent me an eight-page, single-spaced letter of changes to be made (not so yay).
I had to completely change my villain. I had designed a serial killer whose urges grew out of a childhood obsession with both his fish tank and the little girl next door. This villain also had nothing to do with my main character’s life and so I had scenes from his point of view, simply to introduce him and give readers some insight into his twisted thought processes. I felt particularly pleased with one scene, in which he sat in his living room in front of a fireplace letting his mind wander to his younger days and his job, with everything sounding quite innocuous until the end. The character thinks to himself that he really needs to get going, he had a lot to do, period, new paragraph. For starters, that girl was still in the basement.
I thought that was really creepy.
But apparently scenes from the killer’s point of view are cliché…which, okay, maybe they are but without them I was left with a villain who came out of the woodwork at the end of the book with no particular motivation. So I had to turn him into a completely different person, who seemed contrived and utterly cliché to me but satisfied the editor.
I don’t mind changes, really—I can pick up any book I’ve written, after it’s gone through countless rewrites, and still find sentences I wish I’d edited differently. And I quickly learned that eight pages or even eight months wasn’t so bad. The next book I wrote, they told me to throw out and write something else. Super not so yay.
The next few books went all right, back to numerous but relatively small edits; then I wrote another one that my agent nixed before a publisher ever saw it. Meth addicts did not make for sympathetic victims, she said. So I threw it out and wrote the standard deranged serial killer who preys on a beautiful young woman…or at least that’s what it looks like at first. But the meth lab book, I am happy to say, found at sympathetic ear in my new agent and it should be released in 2014. 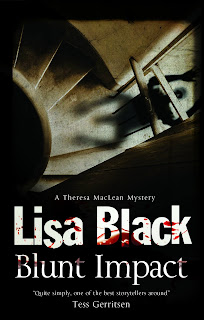 But in the meantime I had written the one after that, to be released April 1—Blunt Impact. I originally wrote how a severely disadvantaged little girl is roaming through a construction site in the wee hours of the morning and witnesses a murder. But the editor at my former publishing house said the story was good but—the girl’s life was too bleak. Could I make her more middle-class? I pointed out that a middle-class child, one hoped, would likely not be wandering through downtown Cleveland at 3 a.m.  I thought the systems this child had designed to survive in her harsh environment were the most interesting parts of the book—without it, I had just an average murder mystery. I tried to soften the Precious–type mother a bit.  No go. I wound up rewriting the entire character and her family. It lost that uniqueness, and I regret that, but in many ways it turned out better because the crime became more personal, and the killer gets closer to the girl in ever creepier and more nerve-wracking ways.
And my love-hate relationship with revising marches on.


Blunt Impact will be available April 1, featuring forensic scientist Theresa MacLean and a series of murders surrounding a skyscraper under construction in downtown Cleveland. The first to die is young, sexy concrete worker Samantha, thrown from the 23rd floor. The only witness is her 11 year old daughter Anna, nicknamed Ghost. Ghost will stop at nothing to find her mother’s killer, and Theresa will stop at nothing to keep Ghost safe.
Also, Kindle owners can find a bargain in my new book The Prague Project, written under the name Beth Cheylan. A death in West Virginia sends FBI agent Ellie Gardner and NYPD Counterterrorism lieutenant Michael Stewart on a chase across Europe as they track stolen nukes and lost Nazi gold, hoping to avert the death of millions of people.

Lisa, thank you so much for joining us here at Murderby4, we're honored to host you and hope you'll come back soon! Best of luck with your new release, I'm off to check it out right now!

Hey Lisa! What a pleasure to have you here! And OMG how cool is that we share that "relationship" with editing and revising. And yes it isn't my high opinion either. Looking forward to reading the latest book.