On his blog tour for his book THE SHADOW MAN, Mark Murphy stopped by Mb4 to give us a great interview. (there is an excerpt at the bottom of this post also!) We are giving away a paperback copy of his book for a lucky winner with a US mailing address. If you want to be included, please leave us a comment!

Meet Mark Murphy....
I’m a gastroenterologist.  That’s my day job, and it’s a busy one.  But I have an alternative life as a writer. That alternative life is a reflection of what I see every day.  It is seen in the beautiful and ancient city that I live in, filled with ghosts and intrigue, drawing its very lifeblood from the sea to its east and the marshland that gave the city its name.  It is in the practice of medicine, a veritable parade of characters who waltz through my exam rooms every day.  It is in the love of my wife and children—the driving forces behind everything that I do in my life.  And it most certainly in my love of the written word—the subtle nuances of spoken diction, the deft use of description the place a reader in a certain contextual location—that makes me revel in what I do in my writing life.

Those are the things I derive my writing from.  I’m simply a reflection of what I have been given to describe.
And what a wonderful gift that is.

Please tell us about your current release.
My current release is a thriller called The Shadow Man.  It is the story of a Savannah surgeon, Dr. Malcolm King, who is accused of being a serial killer.  He suspects he is being framed for these crimes by another surgeon, but does not know who that person is.  Dr. King must race to determine the identity of the killer before anyone else, including his family, can be harmed—and before the police capture Dr. King for these same crimes. 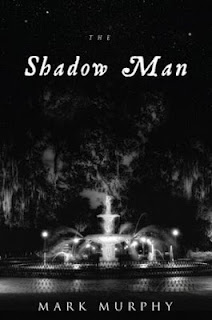 Can you tell us about the journey that led you to write your book?
I’ve always been a writer.  I edited my high school newspaper, winning several writing awards in the process, and actually enrolled in undergraduate school as a journalism major before switching to a pre-med track.  As a clinician, I wrote several book chapters and medical journal articles, but it was the death of my wife’s close friend Lisa Erickson that catalyzed a renewed interest on creative writing.  I spent a couple of summers at the Iowa Summer Writing Festival, wrote a short story about Lisa’s death called The Funeral that saw publication in a short story collection in 2004, and began writing a regular column for the Savannah Morning News, my hometown newspaper, two years ago. A little over a year ago, my car was nearly struck by a dark-tinted black SUV my way home.  I thought about honking at him, but deferred this gut response.  The car just looked ominous.  And then I thought, “What if you honked at a car like that and the driver was a psychopath who then hunted you down?”  That was the initial premise for the novel—being targeted by a serial killer.  The rest just took off from there.

Can you tell us about the story behind your book cover?
The cover of the book is a black-and-white nighttime photo of the Forsyth Park fountain, an iconic structure in my hometown of Savannah, which is the setting of the novel.  It was taken by a local Savannah photographer named Tim Nealon.  I found it online and obtained permission from Mr. Nealon to use it.  It’s a creepy, shadow-draped image, with Spanish moss draping the surrounding trees and a starry night sky overhead.  You could almost see a killer lurking in the edges of the photograph, if you look hard enough. It’s also an image that is instantly recognizable as Savannah to anyone who has ever visited our city. I thought it was beautiful and provocative, and the perfect image for the cover of this novel.

What book on the market does yours compare to? How is your book different?
Probably the closest similar recent work was the John Hart novel called The Last Child, which won the Edgar Award a few years back.  Hart’s work is a well-written thriller set in the south with a twist-filled plot that kept me guessing the entire time I was reading it.  I could not put that book down while I was reading it.  That’s the effect I was striving for with my book.  However, I’m a big Stephen King fan—the protagonist’s last name is a tip of the cap to him—and there are a few Stephen King touches in my story.  Also, the Savannah setting is unique. In fact, I think Savannah is an integral part of the fabric of the story—a mysterious character woven throughout every facet of the story.

What would you say is your most interesting writing quirk?
In writing a novel, I outline the entire plot before I begin the first line of the work.  I then flesh out that skeleton by writing a chapter or so every weekend until I am finished.  Since I am a practicing physician, this requires a great deal of discipline.  I’m up every Saturday and Sunday at 4 A.M. so that I can get in four or five writing hours each weekend day.

Open your book to a random page and tell us what’s happening.
Page 43:  Detective Sam Baker is interviewing Malcolm King about the murders, and—to his horror— it becomes clear to Malcolm that he is the prime suspect.  Moreover, he realizes that Detective Baker has physical evidence linking him to the case—and enough physical evidence to convict him.
Do you plan any subsequent books?
Yes, there will likely be a sequel to The Shadow Man.  And I am currently writing a young adult sword-and-sorcery series called The Bloodsword Trilogy.
Tell us what you’re reading at the moment and what you think of it.
I’m currently reading the Song of Ice and Fire series by George R.R. Martin (currently on book 3 in that series, A Storm of Swords), which I really love for the complex plot structure and in-depth characterization.  I’m also reading Wiley Cash’s A Land More Kind Than Home, a well-written Southern gothic tale reminiscent of Flannery O’Connor.  I love O’Connor’s writing; she’s a Savannah native, and arguably the most talented Georgia writer of all time.  Anything that echoes her writing is an attraction to me.

Thanks for stopping by today, Mark! 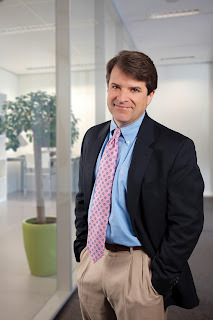 The Shadow Man blog tour site:
http://the-shadow-man.blogspot.com/The Shadow Man Book Summary:
There is a devil in the night, silent and invisible, moving in the dream realm between life and death. And he's coming for you.
Savannah surgeon Malcolm King had a perfect life—a loving wife, devoted daughter, and a thriving medical practice. But when a random airport parking lot hit-and-run links him to a dead body in a Florida hotel and an acquaintance is found dismembered and stuffed into a garbage bag, Malcolm finds himself on the run as a suspected serial killer. But he's no murderer.

Who is the mysterious Thin Man who lurks at the edges of his vision? Are the ravens that crowd the skies overhead a warning of impending doom - or do they exist at all?

With the help of Seminole tracker Billy Littlebear, Malcolm tries to untangle the web of clues left behind by a mysterious chameleon-like killer known as the Shadow Man. But will he be too late?

The Shadow Man is a complex, atmospheric thriller in the tradition of Stephen King. Darkly evocative and relentless in its twists and turns, it dares the reader to put it down - even for a minute.
Mark Murphy's Bio:

A physician currently living in Savannah, Georgia, Mark Murphy is also a lifelong award-winning writer. In the midst of a busy medical career which included several academic publications, Dr. Murphy’s decision to attend the Iowa Summer Writing Festival led to the inclusion of a short story, "The Funeral," in a 2004 collection of works entitled O! Georgia! A well-received regular newspaper column in the Savannah Morning News followed. The Shadow Man is his first novel.

Excerpts:
Chapter 3The storm hit when it was still dark outside.

Malcolm awoke at 4 AM with a full bladder and an empty stomach. He relieved himself and went downstairs to rummage through the kitchen for something—anything!—to eat. There was, of course, some leftover spaghetti in a Tupperware bowl. He also found a package of Swiss cheese, a package of sliced turkey and two jars of pickles, in addition to a vast array of dressings, condiments, and sauces.

After he found a container of sauerkraut and a still-full bottle of Thousand Island dressing, Malcolm decided to construct a turkey Reuben. A toasted turkey Reuben, in fact.

Chapter 8The detective kept his hat on at first.

It was a black felt fedora, the kind that can be crushed and retain its shape, and he had it pulled low on his forehead so that Malcolm could not see his eyes.

“Sam Baker,” the detective said, extending his hand. “I’m one of the officers assigned to this case. Thanks for coming in.”

The sun was low on the horizon, and he knew what that meant. Mom was going to be furious if he got home after dark.

His front tire caught on a pine cone as he made the sharp turn at Bluff Drive. He almost slipped.

Timmy lurched to the left, instinctively countering the shift in weight as the bike tried to skid out from beneath him, and the wheels of his Raleigh Record snapped back in line like he knew they would. Timmy chugged past the marina parking lot, knees churning. He did not even glance at the scores of bobbing Grady-Whites and Sea Pros tied up at the Isle of Hope Marina..

Kim, thanks for getting the word out to mystery fans about Mark's book. We appreciate it!

Thanks to Mark and Tribute Books for sharing this new world with us... cannot wait to dig in!

This sounds right up my alley. Thanks!