Sounds of Mystery, by Marcia Applegate 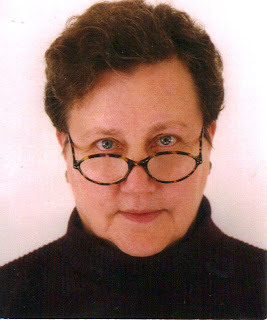 The other night, I watched a young man follow a woman down a street. As she turned a corner, I caught a glimpse of her face, and she seemed to become aware of being followed. Whoa, I thought, scary, and turned off the mute button on the TV. Instantly the scariness disappeared. The romantic music under the scene told me—without a word—that the young woman had nothing to fear.

I don’t recall the name of the movie I was watching, something from one of the channels that carry stuff from back in the day. I rarely actually watch TV; it’s a backdrop for reading or whatever else I’m doing. I recount the above vignette only to make a point—music in a movie sets a scene, clarifies it. Without music, we guess at what’s going on. In some cases, the director wants us to wonder, to guess, as part of the story. And that’s fine, too.

My post today is about both of those things—how music can enhance the understanding of a movie, TV or radio program, and how silence at the right moment, can do the same thing. I’ll use two scenes that stand out in my mind to illustrate both points.

What music can do . . . In this movie, we know early on who the villain is and we’re pretty sure who the victim will be. The villain is a George Brent type, smooth, mustachioed, and with evil lurking in his heart. The scene I cannot forget takes place on a basement staircase, villain hidden in a basement room, innocent victim on the stairs. With each step down, the music deepens, darkens, intensifies, increasing the promise of horror. When the music reaches its climax and what we’ve known all along would happen actually does, we’re almost relieved.

Now I’ll be the first to admit that my recollection of the intensity of the fear generated by this movie and its use of music has most likely been enhanced by the passage of time, and if I were to see it again today, it probably wouldn’t have as strong an effect.

But it does illustrate my point; music can make such a difference in how we perceive a scene. Going back to the vignette—the man following the woman—the scene ended with her spotting him, racing happily toward him and a happy ending, with sweet, romantic music. If, however, she had spotted him and dashed away in terror, the music would surely have been dark and thundery, increasing the shock as he caught and strangled her.

How silence can enhance a moment of fear . . . In this movie, a panther, big and black and deadly, is loose in a neighborhood. A man comes home, drives into his garage, and gets out of the car. We hear music on his car radio, typical light, pop-style. He closes the car door, and the music is no longer heard. We know the panther is on the garage roof, even though we cannot see it at this moment. The focus is on the man walking out of his garage; there is absolute silence, not even the sound of footsteps, as he leaves the garage. The panther leaps from the roof.

You know the expression “loud silence”? That was the loudest silence I can recall ever not hearing.

Both of these little clips from movies I’ve seen and have never forgotten demonstrate how sound effects—in these cases very different kinds, one music, one silence—can pull you into the mood the director has set up for that scene. It’s almost a game to me today, when I see a movie or watch a TV show,  to pay close attention to the way the director uses sound, and to what degree it enhances or detracts from what I get out of the show.

And I believe that this is especially true in mysteries. The use of music and sound effects is a topic I’m going to come back to many times on this blog, because it has too many ramifications to cover in the length I’ve set for myself for one post, the measurement being to use only enough words to complete my thoughts of the moment.

And these are my thoughts for the moment. I look forward to having you with me for the next round.


She is a retired communications/media consultant and columnist. For fun, she enjoys reading (and writing) mysteries and studying Italian. She also loves music, her husband and family, her two cats, eBooks, blogging, and her brand-new IPad! Visit her blogs at http://mkamysterylady.com/music-silence-mystery/ and http://what-mka-thinks.com.

Fascinating subject Marcia. I agree that it really affects mysteries. Thanks for sharing!

Hi, Marcia, thanks for being here today! I have always wished I could insert music into my mysteries (books) and I frequently refer to certain piano pieces in the stories and hope folks will go look them up while or after reading. It's so easy these days to look up and listen to any piece in the world on Youtube, LOL! Rather amazing, really, when you think of how we had to get in the car and buy recordings or happen to catch something on the radio! Thanks for a very interesting topic!