For the Love of Writing 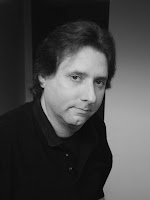 As my release date approached, I was bombarded by questions about I how I felt. I had always answered with the usual…I’m nervous, I’m excited, blah, blah, blah. But if truth be told, the emotion that overshadows them all is gratitude. Maybe it’s because this is my first novel, or perhaps I wasn’t expecting Shadows of Kings to get noticed as quickly as it did, despite my faith in its quality. But for whatever reason, I am consumed with gratitude, not only for being published, but for the many souls who have supported me during this journey. So this blog, instead of being about ME, is designed to help YOU, the aspiring writer. This article is an amalgamation of snippets from prior articles that focus on some of the philosophies and tricks of the trade I’ve embraced. So let’s get to work.

There is one notion I express to all aspiring authors I talk to: There is a story within all of us. Granted, having it come to life can be a little tricky, but the emphasis should be the DOING! What is DOING? Sitting down and committing yourself to putting thoughts on paper. The victory is building a routine that keeps you consistently in front of your notebook, laptop, typewriter, or 3-ring binder on a daily basis. If you're just beginning, start small, and don't punish yourself if you fall short of a goal. Just pick it up the following day and move forward.

Another key toward my writing is what I expressed earlier…gratitude. I've been humbled by the attention and interest so many have expressed. The process from scribbling my imagination on paper to having it committed to print is a long one. As exciting as the journey is, having Shadows of Kings go through the publishing process while continuing to write can be an arduous affair. All of the wonderful sentiments from my supporters and fans have calmed the storm and revitalized my resolve. Remember to express your gratitude, for the universe will always pay it forward.

Lastly, let your work be seen and have confidence. Cast aside former rejections by agents, critics, and publishers. In the end...we are our worst critics. It's somewhat akin to hearing a recorded sound of your own voice.

We always cringe when we hear ourselves played back, but this is the sound that everyone around us hears. Think of your writing in that light. You will find the perception of others to be quite different from the "cringe" you might be feeling.

With that said…I’m open to any questions you may have about the writing process or my novel in particular. A big THANK YOU to Aaron Lazar for allowing me to play with you today. I’m thrilled to be on this site during the first day of my release. 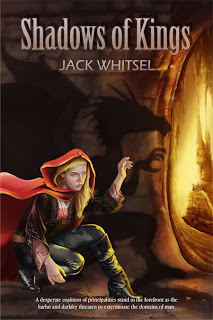 About Jack Whitsel:
Jack is a native Californian, but has made Oregon his home since 1982. He holds a Bachelor’s Degree of Finance from Portland State University, but studies medieval history in his spare time. His favorite genres are fantasy and historical fiction with a medieval emphasis. Shadows of Kings, the first novel of the Dragon Rising Series is the love child born of these two passions.
Website: http://www.jackwhitsel.com
Blog: http://jwhitsel.wordpress.com
Posted by Aaron Paul Lazar at Friday, June 15, 2012

Happy Friday!
A big thank you to the Murder By 4 group for allowing me to visit your site today.

Thanks for being here with us, Jack! I agree with you... there IS a story in us all.

Welcome, Jack! It's great to have another Twilight Times Book author with us today. Congrats on your release, and happy writing!

My Book release day has come to an end. As a the weening minutes of the day fades, I just wanted to say thank you to everyone who has contributed to this blog tour thus far.

Also...the Kindle version is now available for SHADOWS OF KINGS

Thanks for being with us today, Jack. We wish you the very best with your debut novel. As you learn and grow as a writer over the years, come back to us with articles about skills or tips you'd like to share with other MB4'rs. Now get to work on that sequel! ;o)