Why Do I Write? 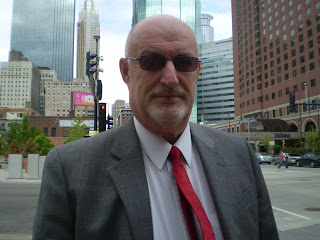 My daytime job is a contracts manager for a major aerospace company. Recently, I was at a company sponsored seminar on government contracting rules and, of course, I did some blatant shameless promotion of my books and handed out cards with my book cover art and tagline on them to everyone. The seminar was deadly dull as you would expect so most of the attendees were receptive and quite interested in knowing more about the books and asked a number of questions. Anything for a respite from hearing more about the federal acquisition regulations.

The questions followed the usual gamut. How do you find time to write? Where do you get the ideas for your stories? How did you get published? How many books do you sell? All authors have been asked these questions many times and we all have ready answers for most of them.  We might hem and haw a bit on the how many books we sell question. I doubt that many of us are ever satisfied with the number of books we sell.

This time someone asked a question that doesn’t come up as often but is far more relevant. Why do you write? Not why do you write mysteries which is a normal question, but why do you write? The questioner was knowledgeable and continued. Writing isn’t easy, it takes time away from other things, there are numerous rewrites, constant editing, harsh critiques, and too many rejections to count. It must be painful, so why do you write?

Why did I start writing? I was a man in my 40’s, reasonable sane and healthy, self-employed at the time, when I started my first serious attempt at writing a mystery book. Perhaps if I had known all that lay ahead of me, I would have turned away and put my efforts into something that would provide more payback. Sure, I had heard all the stories about how hard it was to get published, but I was certain of my ability and that my work would shine so brightly that agents and publishers would be beating on my door.

Of course that did not happen. Rejections piled up, re-writes and edits followed, then more rejections, another book was generated only to meet the same result. There would always be some encouraging words from some agents or someone in the industry.  Just enough to tease me into thinking success was just around the corner. So another book would be written and re-written and revised many times. This took years of time. And I knew I wasn’t alone.  There were many other would-be authors doing the same, all with the same dream. All of us beating on the same door. 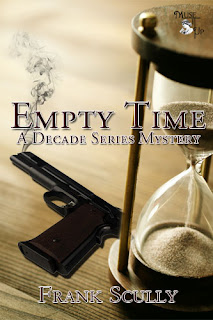 Why didn’t I come up with a better way to spend my time? Fishing or hunting maybe? Model railroading, online gaming, robbing banks, needle point, something, anything other than telling stories that apparently no one outside of my family would ever read. Every one of us harbors some delusion that provides color to our lives and makes us do things that are not totally rational. A fisherman spends thousands of dollars on equipment and countless hours to catch a few small bass. Hunters can spend as much money as they spend on groceries for the entire year and spend time and effort wandering through fields to shoot an animal that will provide one or two meals. Online gamers spend untold hours killing enemies, gathering make believe money and points just to “level up” in fantasy worlds.

At some point, years ago, I realized that publication was not the reason that I wrote my stories. Certainly, I would like to be published but that was not the driving factor. I wrote the stories simply because I enjoyed writing the stories. The act of creating the story and the characters was an end in itself. Honing the stories through rewriting and editing was like polishing a gemstone to make it shine brighter. I learned something with every story I wrote. I explored my own life and personality and the lives and personalities of everyone I had ever met with every character I created.

And then I got published and found out how hard it was to sell books. Writing books is the easy part. How I wish I could just spend my time writing and not have to do the BSP that is necessary to find readers, to nurture them and grow a following. But that is a story in itself.

So how did I answer the question? I just smiled and continued to talk about the books and the Decade Mystery Series I am working on. I am writing at least one novel set in each decade from the beginning of the 20th century to the current time set in different locales with both continuing and new characters in each one.  There is something unique in each decade that marks it as separate from what went before or what follows.  I explore aspects of what is unique as it is expressed in the locale chosen and how it affects the culture, characters and the tenor of the times and yet also see the common humanity that never changes.

EMPTY TIME, my most recent released novel, is set in recent time and is a high concept mystery thriller. Jim Lang, a corporate bureaucrat who sold his soul for a salary and the promise of promotion, is set up to take the blame for stock fraud and murder. Pursued by the police and the killers, Lang must find the courage to turn the tables on the corporate titans who betrayed him before they kill everyone he loves.

RESURRECTION GARDEN is set in 1904 pioneer North Dakota. Jake Turner, a scarred veteran of the charge up San Juan Hill, has been a lone drifter through much of the settling of the west.  Opportunity was growing out of the newly turned sod of the North Dakota prairie in 1904 when he stopped to take a part time job as a Deputy Sheriff, expecting to move on again when the dark parts of his past catch up to him. He becomes a target for ruthless killers who want to stop him from solving a murder.  And that’s the least of his problems.

DEAD MAN’S GAMBIT is set in 1995 California. Detective-turned-Assistant DA, Mike Johnson finds himself living in a comfortable rut. That is, until Warren Rogga, a friend he helped convict is murdered in prison, leaving only a last request: Protect his family. A game of real life Monopoly between bitter rivals becomes deadly as one side ups the ante and plays for keeps, but even death can’t stop the game.

Coming soon is BLOOD SINS set in 1958.  Bob Johnson, a decorated World War II veteran, former school teacher, and now Police Chief of Plainfield, and his family are enjoying a pretty idyllic life in the Fabulous Fifties except for the threat of nuclear war. The economy is booming, cars have fins, and television has three channels of news and entertainment.  Crimes are mostly relegated to the other side of the tracks. A long-buried secret pulls Bob into a bloody battle as he unravels a knot of clues to new and old crimes. Someone will have to pay in blood for those long dead sins.

All are available from Amazon, Barnes & Noble, Smashwords and other online eBook retailers as well as the publisher’s bookstore. https://museituppublishing.com/bookstore2/

Frank Scully was born and raised in a small town in North Dakota and received a Bachelor’s degree in History with Phi Beta Kappa Honors and a Juris Doctor degree in Law from the University of North Dakota.  He then served more than five years as a Judge Advocate General Corps Officer in the U. S. Army in the U. S., Vietnam, and Thailand.  After that he attended the prestigious Thunderbird School and received a Masters in Business Administration with honors. In his professional career he has worked as an executive with large aerospace and defense manufacturers and also owned his own small business.

Depending on the vagaries of the universe he has been well off at times and broke, but never broken, at other times.  Blessed with an understanding wife who gave him twin sons, he has remained through it all a dreamer whose passion is writing stories.

Thanks for hosting Frank today. I've read his first book, and can't wait to read the two others in this series that I have on my Kindle. I hope your readers will check them out.

Wishing you and your readers a blessed holiday season.

Hi, Frank. Sorry I'm late getting to the party! It's great to have you here on MB4 and I loved hearing about why you write. I really like answering that question - it's a complex situation, but can really be boiled down to one thing - therapy. Being able to control one's characters is so unlike real life, and such a relief. The rest of my life can go to the dogs, but I can still make my characters do what I want them to! Love that part. ;o) Best wishes and thank you for your service to our country! (re. your army service)

Thanks for having me as a guest today. MB4 is a great site. I expect to visit often.

This is a wonderful opinion. The things mentioned are unanimous and needs to be appreciated by everyone.
flats in lucknow

I loved reading about your decade series. What an interesting concept! Thanks so much for sharing your writer's story with us here at Murder By 4. Look forward to seeing you here again.