Deciding When To Pull The Plug 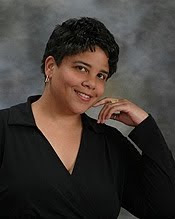 © Angela Henry 2010 all rights reserved
I read a lot of mystery series and many of the ones I love are still going strong after the fifteen and twentieth book, while others are on life-support and clearly need either a serious overhaul, or to be put out of their misery. For instance, I stopped reading one particular series because the main character was still the same age after ten books. Talk about a creative rut. Who wants to read a series where the characters don’t grow and change? Not me! But just when does an author decide to end a series?

Sometimes your publisher makes the decision for you. Declining sales, an editor that leaves the company, or a publisher going out of business can stop a series in its tracks. And while it is possible for an author to move a series to another publisher, many publishers don’t like to take on an existing series because they don’t own the rights to the author’s backlist.

Some authors have a preset number of books in mind when they start writing a series. But often the very nature of the series dictates how many books will be written. In author Daniel Handler’s case, his series of unfortunate events, written under the name Lemon Snicket, tells the tale of the luckless Baudelaire orphans, and logically ended with unlucky number thirteen. And I’m assuming Sue Grafton’s Kinsey Millhone series, which are titled after the alphabet, will end at book twenty-six.

Boredom can also be a deciding factor. Much like a love affair gone bad; many authors just get sick to death of or their main character and can’t bear to write another word about him/her. So they end it. That’s what one author confided to me when she ended her series after only four books. “I’m just so tired of _______. I want to write about someone else,” she told me. I guess that said it all.

My fourth Kendra Clayton mystery, Schooled In Lies, was recently released and my fifth Kendra book will be released in 2011. Who knows what the future holds. While I’m not yet ready to stop writing my series, I don’t know how I’ll feel a few more books down the line. But I suspect I’m going to keep writing my series as long as people want to keep reading it.

Angela Henry was once told that her past life careers included spy, researcher, and investigator. She stuck with what she knew because today she's a mystery writing librarian, who loves to people watch and eavesdrop on conversations. She's the author of four mysteries featuring equally nosy amateur sleuth Kendra Clayton, and is also the founder of the award-winning MystNoir website, which promotes African-American mystery writers, and was named a "Hot Site" by USA Today.com. When she's not working, writing, or practicing her stealth, she loves to travel, is connoisseur of B horror movies, and an admitted anime addict. She lives in Ohio and is currently hard at work trying to meet her next deadline. You can visit Angela online at:

Nice post Angela. I also think you need to know when it's time to switch to something else. Just like when I read books by a favorite author that aren't supposed to be connected in any way, but so many similar elements appear in each that it's almost like you've read the book before.

This latest mystery of yours sounds fabulous. Could you find a way for me to plow through the 40 plus books in my TBR pile so I can read it?

Best of luck with the book!

I've done two series with two books each, never intending to in the beginning. I'm glad I read this though. I can see myself getting carried away. I think like everything else, life runs its course and we have to eventually let go. I'm thinking of the Bourne series. I love those books, but it's time to say no more, please.

I am so jealous! I would love to be a mystery-writing librarian. :-)

These are great points about series. It's definitely a good idea for writers to pay attention when it seems like their series are running out of steam *cough*LKH*cough* Who said that? LOL

Great to meet you, Angela, fellow anime addict. What's your favorite series? After all this time, mine is stil DBZ (oh, how I LOVE me some Vegeta... :-)

Hi! I always wonder with those long running series if the author really wants to keep going, or if their publisher is throwing big money at them to keep writing about a particular character. Boy, wish I had that problem ; ).

Hi! It's great to meet a fellow anime addict. My favorite anime? It's probably a toss up between Cowboy Bebop and Fushigi Yuugi. Right now I'm immersed in Inuyasha. I'm a sucker for anything involving a quest.

Hi Angela. With the Bourne series, the publishers asked Eric Lustbader to write the last book after Ludlum died. And I heard that an author here in Canada was commissioned to write one of the Star Trek books. So, you're right, if they can make money, they'll go the extra step.

I wish I had a series going, since they seem to be popular with publishers. So far, I've only been able to do standalones. Maybe one of these days I'll get inspired.

Interesting comment here, “I stopped reading one particular series because the main character was still the same age after ten books… Who wants to read a series where the characters don’t grow and change?”
There are so many other ways to show a character’s growth beyond the physical appearance; attitude, perspective, morals, over-coming grief, anger, resolutions. As far as age, I’ve written two books in my Sam Harper Crime series and the question of whether each book in the series should reflect another day in the life of Sam Harper (after all, homicide detectives work more than one case per year) or should I fast-forward his life and allow him to age, get married, have children/grandchildren. I don’t know. So many of those life changes would alter who he is—what readers like about him.
“Sometimes your publisher makes the decision for you. Declining sales, an editor that leaves the company…” Been there, done that. Harper is on hold while I develop another character/another book. Although I’m enjoying this new “adventure”, I have to admit, I kind of miss him.

I miss Harper too, Marta.

Hi! I'm currently shopping a book that was meant to be a standalone when I wrote it. But now I'm thinking up more adventures for these characters. I can't seem to let my characters go ; ).

Hi! I know the feeling. My series was on an unwanted 2 1/2 year hiatus because my former publisher stopped publishing mysteries and I had to decide whether I wanted to put my series aside, or go it alone. In the end my readers decided for me. They wanted more Kendra. So, that's what I gave them ; ).

Angela, sorry I'm late to post, but I loved your article. I've written two series so far (and started a third). The first (LeGarde Mysteries) is at ten books, and I've often wondered what happens if I run out of ideas. I guess I never considered just... stopping! LOL. Moore Mysteries is at three books, and the Ruby series second book is in the planning stages.

I must say, I LOVE your book cover art! Gorgeous!

Thanks for guest blogging with us. ;o)

Interesting. I remember as a kid wondering how the children in books could have so many adventures without getting older. But then I had kids and realized it didn't seem to worry them at all. (They didn't mind toy sets where the people were as big as the airplanes either. Strange creatures, kids.)