The Changing Market of Ebooks 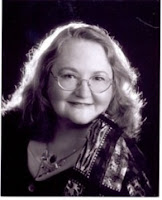 Traditional publishing like the music industry has experienced a paradigm shift. For nearly two decades, I’ve watched the music industry still try to lure young artists with the promise of a record deal, as if it were an ascension into music heaven. I have seen that fluffy dream of a book deal create a sparkle in the eyes of new writers, too. But somewhere along the road, musicians learned that when the golden record contract was in their hands, there were restrictions of ownership and what they could produce, at the worst end of the spectrum. On the other end of the spectrum, there was no budget and the artist still had to promote his or her work on the road, even buying their own advertising and promotional collateral.

As technology advanced, musicians, including Arlo Guthrie in the mid-1980s, decided to produce their own works and sometimes those of other artists, knowing that they would still need to do their own marketing and promotion, but they got a bigger share of the revenues. Studio time was still expensive, though some artists like Kyle Cook of Matchbox Twenty created their own studios, building them with earnings from their music careers. Soon, however, smaller independent studios emerged and smaller independent labels appeared. Though some young musicians still are searching for their record deal in the sky, the independent music scene has thrived and exists because of the internet and fanbase building it has encourage.

This same scenario is happening in the publishing industry. Technology first sprouted POD (print on demand) publishers and then a variety of epublishing scenarios. But the biggest technological development that is impacting traditional print publishing is the ebook. They’ve been around for at least two decades in one form or another, but as print sales slowed for a variety of reasons, ebooks sales increased astronomically.

Last year, CBS News reported that about 2 billion print books were sold in the US, but that was down 5 percent from 2008 and was expected to drop 2 percent more this year. Four years ago, when print sales were higher, traditional publishing made between $25 billion and $30 billion a year, as was reported by Mark R. Nelson in EDUCAUSE Review in 2008.

Ebook sales have reflected that they are not a novelty anymore, probably due to the new user-friendly readers produced by Sony and Barnes and Noble that are competing with Amazon’s Kindle. Ebook sales have soared from $5.8 million in 2002 to $20 million in 2006 (Nelson, 2008). Last year alone, CBS News reported that there was $150 million in ebook sales, and it is supposed to be a billion dollar business by 2012. In 2008, Nelson estimated $3 to $5 billion in ebook sales by 2012.

Sarah Rotman Epps and James McQuivey of Forrester Research predicted in December of last year that ebook sales for 2010 would reach $500 million in the US. So, it is not a far leap to see billions of dollars in sales two years later.

Ebooks have even infiltrated higher education with textbooks slowly being published in ebook formats as well as magazines and newspapers offering eformat subscriptions. Though a lot of this material was originally read on a computer screen, that is changing. Not only are ebooks read on digital readers but also sent to iPods and cellphones and various other small digital devices.

Today’s young people have been described as “digital natives” while those of us over 40 are considered “digital immigrants.” Digital savvy users are looking for more convenient ways to get news, information, and pleasure reading.

Writer Barbara Ehrentreu reports: “Random House is creating free customized apps for IPhones allowing some best selling authors to connect with their fans and their fans to connect with them. The apps will let fans ‘preview books, access bonus content, interact with other fans, check upcoming author appearances, listen to audiobook clips, and watch author videos and book trailers.’” This is unprecedented communication between author and reader.

With the promise of ebook readers coming in color and with a load of apps, ebook sales will continue to soar. And traditional publishers like major record labels will have to adjust to this new medium or die the death of an aging dinosaur.

Some of the major publishing houses are responding by offering agency pricing to ebook retailers, which gives the retailer 70 percent of the sales while the publisher takes 30 percent. This is being done so that publishers can offer books at prices they think are fairer to the author. Since some of these publishers offer their authors 30 percent royalty, they are not making a dime on ebook sales. Hatchette Books is one such publisher. And they are doing this not with older titles, as you might expect, but releasing ebooks concurrently with print versions. This gets more book in readers hands than they could have previously. This move is not setting with Amazon, the ebook retail giant who has previously offered sales conditions and pricing that left many authors with fewer royalties.

This also means that many small publishers can now offer more opportunities for new authors like me and still compete on an equal footing with publishing giants. Finally, the publishing industry has recognized this technological paradigm shift and is reacting in ways that are good for consumers and for authors as well.

Janie Franz, author of "THE BOWDANCER" still calls herself a Southerner (she was born in Tennessee) though she has spent more than half her life living in North Dakota. She holds a degree in anthropology and has an unquenchable curiosity, which may explain the broadness of her journalism credits that include regional, national, and international publications. She has co-written two books with Texas wedding DJ, Bill Cox (The Ultimate Wedding Ceremony Book and The Ultimate Wedding Reception Book), and has published a writing manual, Freelance Writing: It’s a Business, Stupid! She is also a prolific book and music reviewer, and runs her own online music publication, Refrain Magazine.


She has been a radio announcer, a booking agent for a groove/funk band, and a yoga/relaxation instructor. She has been happily married to a singer/songwriter for almost four decades. They have a daughter who is a fiber artist and is married to an animator, and a son who is the executive chef of The Toasted Frog, a high-end martini bistro, and who plays drums and blues harmonica with local bands. The Bowdancer is her first published work of fiction.

Janie Franz is currrently on a virtual book tour through Novel Works. To learn more about her and her writing go to: http://novelworks2.blogspot.com/2010/02/fantasy-author-janie-franz-on-tour.html
Posted by Marta Stephens at Friday, February 26, 2010

Good to have you on MB4 today, Janie!

I know you're right, Janie. But there's nothing like holding the real thing in your hand. The smell, the feel. I hope we don't destroy our trees, because I'd hate to say goodbye to a paperback.

Thanks for bringing me up-to-date with what's happening.

Kim, It was my pleasure to be at MB4. Perhaps one day, I'll have mystery novel so that I'll be one of the gang here!

Joylene, I agree about the feel and smell of books. But I recall flying one year and having to back a half dozen small books in my carry-on (because they were review books and I didn't want anything to happen to them). If I'd had my Sony Reader then, I could have tucked that puppy in my purse!