Can Realistic Novels Be Too Real?

My books are mostly set in Maine, and they serve up a pretty realistic portrayal of the state and the places I've been. Mill towns, rural villages, the Portland waterfront—I try to describe what readers would see if they came to the real Maine, and the kinds of people they would meet here (if they hung out with cops and criminals).

But where does reality end and realistic fiction begin? And can these books be too real for their own good—and mine?

I'll let you in on a conversation I had recently with my editor at Down East Books, Michael Steere. He was editing DAMAGED GOODS, the ninth McMorrow novel, due out in February. A big chunk of the novel takes place in a small city on Maine's midcoast. Physically the city is a lot like an existing one; the towns that surround it have their real names but this one has a fictional moniker. So, Michael asked, why not name this one? 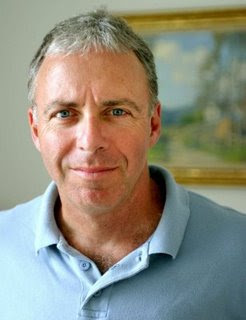 Good question, and one I've considered every time I write a novel set in a real place filled with fictional characters. So let's consider DAMAGED GOODS. Much of the book is set in a small coastal city called Galway, Maine. It looks a lot like Belfast. It's geographically in the same place. If you followed McMorrow from his home in Prosperity, with the directions in the novel, you'd end up in Belfast. So where does the resemblance end?

With the characters. DAMAGED GOODS centers on a young woman named Mandi who works as an "escort" in this small town. Are there women like her in real-life Belfast? I suppose there must be. There are ads for such services for most places in Maine. But I don't know for sure.

Mandi isn't based on a real person, certainly not one in Belfast, Maine. Nor is the police detective who investigates Mandi and Jack's connection to her. Nor the pistol-toting guy from Massachusetts who has Mandi scared to death. But here's the rub. If I set the book in Belfast, Maine, a very small place, and there happened to be a prostitute working on Main Street, and she bore a resemblance to my character (attractive, big-boned, a wide mouth and deep-set brown eyes); And she is, in fact, the only prostitute working on Main Street, and therefore, people who know her would assume that my character was modeled on this real person. Then they might assume that all of the things I attribute to Mandi are based on this real-life escort. And that would not be good. Or true.

I was told early in my career that libel cases can spring from fiction as well as the newspaper. Even with the disclaimer that says any resemblance to actual persons is coincidental. And the problem with libel cases, like most legal actions, is that even the winner loses. A libel suit can suck you dry.

So I made up Galway, Maine, but modeled it physically on a real place. It is populated by wholly fictional characters. I hope readers find them to be real; I hope real people don't read about them and see only themselves.

Gerry Boyle is a Maine-based crime novelist, best known for his Jack McMorrow mystery series. His latest novel is PORT CITY SHAKEDOWN, the first in a new series set on the Portland, Maine waterfront. He blogs on his website, http://www.gerryboyle.com/
Posted by Marta Stephens at Friday, September 04, 2009

Just coming back off vacation to your neck of the woods. LOVED the Maine coastline. We took in all the lighthouses we could stand and went to Ferry Beach. LOVED IT! Will be checking out your books just because I know you will make me feel like I am there :)

I have a hard time writing about a real place because I get hung up on "Now, what is the name of that street??" so I usually model my fictional towns after a real one.

Sometimes I find it hard reading novels set in real places too, as I get hung up on "does that street really go there?" Fictional place in real location sounds a perfect compromise.

I prefer to make the town I'm writing about fictional since the businesses never last very long and by the time the book comes out the place could be nothing but a memory.

Gerry, my mystery series is also set in a small town--acutally my hometown--and I call it such in the books. Folks there love the books, and have been thrilled to read about locations and businesses they go to. One young woman and her friend drove 30 miles from another town nearby and drove to every spot mentioned in the book. When I go there to sell books I have no trouble whatsoever. One bonus. It's an individucal choice.

Gerry, I've handled LeGarde Mysteries the same way you handle yours. Gus's hometown is a small country corners named East Goodland, much like my East Groveland, except I've taken the liberty of moving Letchworth Gorge a little closer and plopped Gus's homestead on a hill where there are no homes (yet!). He lives about a mile from me, and most of his adventures (with the exception of his Maine and European books) take place on real streets with made up names.

The local college town of Geneseo is the model for Conaroga, including the college where Gus works. But in some cases I needed to insert an alley (behind the chinese restaurant!) and do a bit of maneuvering of streets and buildings to suit the story, so it worked much better to loosely base the town on Geneseo. Yet residents recognize it and love trying to guess what streets or stores I'm describing. Lots of fun. ;o)

Thanks for another great article, and come back soon!

All interesting observations about this question of dual realities. A fun discussion. Thanks for having me sit at the table.

And Kim, glad you got up to our neck of the woods and enjoyed it.