How Do You Build A Character? 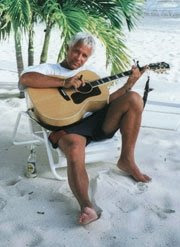 I love a good character, don't you? I mean, you can forget a plot, forget a story line, but a good character like Chili Palmer in Elmore Leonard's Get Shorty and Be Cool stays with you. And I suppose everyone has a different way of creating their characters. I had a unique experience on an airplane several months ago and can't wait to tell this story and flesh-out this character.

I was sitting in business class when a priest walked on the plane. (No, there was no rabbi nor is this a joke of any kind.) He was dressed in black, complete with collar, and he appeared to be in his middle sixties, white fringes of hair around his ears but bald on top. He was speaking in a loud voice on his cell phone and barking at someone on the other end. Something like, "I don't care what the cardinal said. It's my parish and it will be done my way..."
Everyone who heard him glanced up, most of them frowning. I pitied the person he sat next to. It turns out it was me.

So, I prepared myself for an onslaught of complaints and tough talk from the man. Instead, he sat down, flipped off the phone, put his head back and slept for the entire two hour flight to Baltimore. 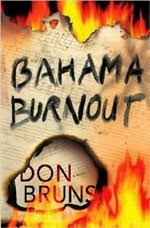 During the flight I pulled out my laptop, wrote two chapters to BAHAMA BURNOUT and ended up killing two people. As the plane touched ground in Maryland, the priest opened his eyes, looked at me and said "And what do you do?"

"I write murder mysteries," I replied. "I actually killed a couple of people in the last two hours."

He didn't smile, just stared at me with cold brown eyes. As we arrived at the gate he reached up, pulled down his carryon and started walking off the plane.

"Murder mysteries?" He gave me a hard look.

"I've got a bishop I'd like to talk to you about." He spun around and walked off the plane.

The first thing I thought about was how I could use that character. Gruff, full of himself, pompous, and then I thought about the plot. What if a writer was on a plane and sat next to this priest and all of what happened to me, happened to the writer? And the next morning the Baltimore Sun headlined a story that says "Local Bishop Gunned Down."

It's a great story and he'd make a great character. I wonder if he'd even know it was about him?

***
Don Bruns is a musician, songwriter, advertising executive and award-winning novelist.Bruns is the author of JAMAICA BLUE, BARBADOS HEAT, SOUTH BEACH SHAKEDOWN, ST. BARTS BREAKDOWN and the new BAHAMA BURNOUT, a mystery series featuring rock and roll journalist Mick Sever. Bruns is also the author of STUFF TO DIE FOR AND STUFF DREAMS ARE MADE OF.Bruns has also authored several short stories and served as editor of the anthology, A MERRY BAND OF MURDERERS, which reached #5 on the Independent Mystery Bestsellers List in 2006.

He is also a frequent contributor to The Little Blog of Murder.A former road musician who traveled and performed throughout the US with major entertainment acts, Don Bruns recently released a CD of original songs called Last Flight Out, and performed two original songs at the 2004 Edgar Awards ceremonies. Bruns divides his time between Ohio and South Florida.
Posted by Marta Stephens at Friday, March 13, 2009

Interesting story / post. I willbe looking for it in future books by you.

Hey Don! glad to have you with us on Mb4 today. This was a great post! I love it when things transpire this way. You could write for a long time about this man. And what a great premise you thought up! Looking forward to getting your books!

What a very cool encounter! Isn't it great running into real-life characters? :-) Me, I would've felt sorry for the priest - but I tend to empathize with villains for some reason...

Hope you get to write about him soon!

Don, thanks for joining us at MB4. Best of luck on your tour!

What a neat character!

Wow! What a story - perfect for a book. I'll be anxious to read more of your work.

That will be a very cool character. Hope you start writing that book soon.

Thanks for sharing, Don. Made me think of the time a bunch of us ran into this old guy at the Landsdowne stables shoveling out the stalls. He turned out to be heir to the Woodward dynasty.

People are most certainly interesting--and amazing how loud they talk on their cell phones and what they say for all to hear.