Can You Really Judge a Book by Its Cover? 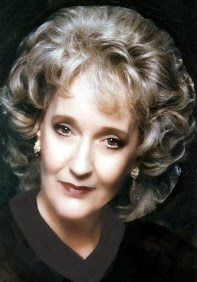 © Jean Henry Mead 2009 all rights reserved
Can a great looking book cover sell a poorly written book? The answer is yes if the buyer is in a hurry and doesn’t take time to read. Conversely, does a poorly designed cover discourage sales of a good book? It can if word of mouth hasn’t proclaimed the book a good read or it wasn’t written by a favorite or bestselling author.
A book cover should represent its contents, mood and style. The artwork should not only be attractive but represent the book’s meaning as well as attract potential buyers. It should also project drama and literary punch. That’s a tall order, which doesn’t always happen. Books that are projected to sell less than 5,000 copies are deemed unworthy of original artwork and are consigned to the cheap stock illustrations. 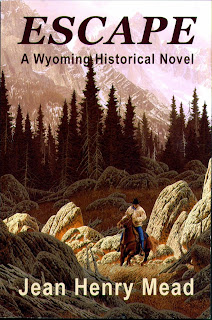 In large publishing houses, the author, who usually wants complete approval of the book cover, rarely has the leverage to get it. Most writers have to settle for some kind of consultation, which means that they get to see a semi-final proof. Working with a small press has its advantages if the publisher allows an author the right to reject a cover he or she don’t like, but that doesn’t always happen. Sometimes none of the artwork pleases you so you choose the one that’s least objectionable. 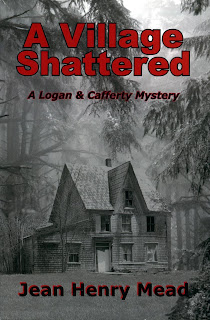 Because I don’t want to make negative remarks about anyone else’s books, I’ll use my own as examples. My historical Wyoming novel, ESCAPE, has an attractive cover and remained number one in sales for two months in multi-format while my recent mystery/suspense novel, A VILLAGE SHATTERED, topped the list for only half that time. I blame it on the lackluster cover, which is gray to represent the fog that hides the serial killer. It looks okay when held, but comes across as dreary and boring online. 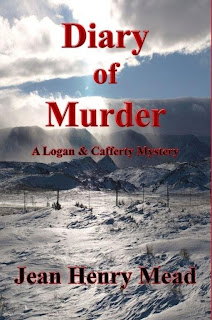 The second book in the series, DIARY OF MURDER, has a snowy mountain background instead of a diary, which has little to do with the title although mountains do play a role later in the plot. Fortunately, I was able to submit a photo I had taken of the actual area instead of the one the publisher was planning to use, but I’m still not completely happy with the results.
Another problem that comes into play is the size of the author’s name. The name should increase in size with each book published, but if you have three names like mine, it can only grow large enough to fit across the page. That’s not author ego, it tells the potential buyer your status in the publishing industry.
Color has a lot to do with the cover’s appeal. Reds, bright blues, greens and yellows catch the eye and shout, “Pick me up and read me.” While grays, tans, white and beige backgrounds don’t appear to be as interesting unless, of course, the foreground is colorful and attractively designed. Rich colors such as burgundy with gold lettering denote a richness of plot as well.
Which book covers appeal most to you and did you pick them up because of their designs?

About the Author:
Jean Henry Mead’s 12th book, DIARY OF MURDER was released March first and is the 2nd novel in her Logan & Cafferty mystery/suspense series. She began her career as a California news reporter and photographer before serving as editor of In Wyoming magazine while contributing to the Denver Post’s Empire Magazine. Her freelance articles won state, regional and national awards and were published nationally as well as abroad. Her first book was published in 1982. Jean hosts Mysterious People Can You Really Judge a Book by Its Cover? , a blog that features writers and their opinions from around the world.
Posted by Marta Stephens at Monday, March 02, 2009

Hey Jean! Glad to have you on MB4 today. Covers are very important and can make or break your efforts. I love your covers!

I never really gave book covers much thought. Thanks for educating and inspiring me. Maybe one day I'll get to use what I've learned.

Great post - I do have to say, though, I like the cover for A Village Shattered. It would make me want to pick it up - it has an eerie spooky look to it.
I think a cover does hold a lot of merit when it comes to sales - the whole (and somewhat sad) infatuation that today's society has on the whole visual stimulation thing.

Hi Jean, thanks so much for your post. I agree, the cover has to grab the reader from across the room. I also have to agree with April on your cover of A Village Shattered. It's eerie enough to make me want to know more!

Jean,
A Book cover is a marketing tool. They need to catch the eye. So I'm in the camp that says, yes, what's on the cover is important.

Not all book covers completely reflect what’s in the story line. A savvy publisher is going to observe what is the current style of artwork and utilize it. They’d be stupid not to. As far as I'm concerned, a professional looking cover is vital. There is no excuse for a poorly executed one.

If I’m looking at books to buy—unless if have a particular author in mind—what’s on the cover is what induces me to pick it up. What’s on the back as far as the blurb will decide whether I buy it or not. A good cover includes a good blurb. Yes, I’m attracted to color but more attracted to a well-executed visual. I never have been attracted to cutesy covers. I usually skip over those that scream amateur.

Regardless of the method of publishing, covers are important. Even Print On Demand books can and should look professional. I saw one recently called Sun Singer. It was simple but gorgeous in shades of blue. Another was Fate and Destiny. I had no idea it was POD from the cover. If it’s done right, you should HAVE no idea that it’s different from mass-market paperbacks—except for the size. Unfortunately, most of the Print On Demand books are obvious because of their covers.

Each genre of books has a cover style. Suspense/mystery are generally darker colors, Romance genre usually have faces or figures, a hunky chest or something to draw the eye. Paras can have both or have a rather ethereal effect.

Talking to various authors from various publishing methods, the more successful ones usually submit some sort of pictures, or description of what they see for the covers, be it a face, a body, landscape, a market scene, a city skyline. Give them all the help you can, I figure.

Thank you all for your good comments. I think we're all agree
that book covers either attract or repel book buyers. Thank goodness for small presses that allow writers to either design their own covers or at least have input.