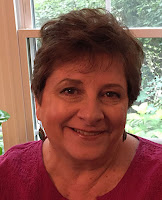 The art critic Robert Hughes once wrote, “There is no tyranny like the tyranny of the unseen masterpiece.”  Yes, striving to create the masterpiece may be all the inspiration a writer needs, but what fascinates me about the process is the moment a character becomes bigger than life. 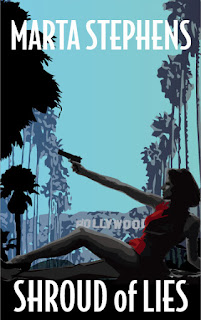 I was working on the next book of my Sam Harper Crime Mystery series when I developed the private investigator’s character, Rhonie Lude. I thought it would add an interesting twist to the plot for Harper to have to deal with this strong, independent woman PI, but it quickly became obvious that Lude wasn’t content to play second fiddle. No, she was screaming for a book of her own and I was more than willing to oblige. I had such a blast getting to know her that I couldn’t wait to get started. This type of thing has happened so often that I shouldn’t be surprised when it does. Still, I’m always amazed when characters jump off the page and start writing their book. I kept and adapted the original chapter I wrote and included it in SHROUD OF LIES.

My 94-year old father, who at the time was in a nursing home with advanced stages of Alzheimer’s, was extremely instrumental in helping me to create the novel’s next key character, Evy. Watching his mind deteriorate was one of the most painful experiences I had at the time. Yet, through it I found a spark.

After her father’s death, Lude is given charge of Evy's care, her aged stepmother and dementia patient in a nursing home. Like my father, Evy gradually lost her short-term memory until all she had were fleeting moments of clarity. Evy’s mind is nearly lost when Lude discovers her stepmother may know critical facts that could help her crack the case.

SHROUD OF LIES takes place in Hollywood, California in 1962 and introduces private investigator, Rhonie Lude. She knows the pecking order and that to survive in a man’s world, she has to be tougher than a him and twice as smart. “I’m a woman doing a man’s job and that’s threat enough.”

Down on her luck, Lude agrees to find the estranged daughter of retired FBI agent, Oliver Kurtz. Despite his eccentricities, the job seems simple enough—tail and report. Protect, if necessary, but Kurtz’s continuous refusal to provide Lude critical information gives rise to suspicion.

When a mob-related cold case surfaces in Lude’s investigation, the truth rears its ugly head in the direction of the person she is hired to protect. Lude’s missing person’s case soon becomes a homicide and every lead pulls her deeper into a web of deception. Each exposed lie edges her closer to becoming the killer’s next victim and cuts a straight path to the only man she trusts—a man Lude now suspects has ties to the mob and police corruption.

Risks aside, Lude is determined to expose the sinister killer who will stop at nothing to keep a deadly secret buried.

After an unavoidable hiatus from writing, SHROUD OF LIES is my "come back novel" which was released on August 5, 2017.  The release of the second editions of SILENCED CRY and THE DEVIL CAN WAIT will be available by the end of August 2017. I'm currently working on the third book in the Sam Harper Mystery series, started drafting the next Rhonie Lude novel, and am considering publishing a book of shorts.

Stephens, a native of Buenos Aires, Argentina, lived in Los Angeles in the late 1970’s but has called Indiana home since the age of four.
Posted by Marta Stephens at Monday, August 14, 2017

Marta, it is so exciting to have you back!! Thanks for the great article! We'll look forward to more.;o)

Welcome back, Marta. We have missed you!