How Michael Prescott Developed His Bestselling Brand of Story Telling 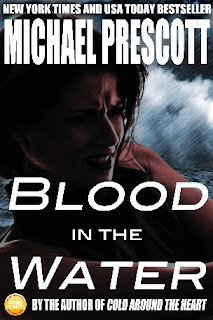 Michael Prescott is the Bestselling author of over twenty psychological thrillers and has sold over 1.5 million eBooks. Last week, Michael shared his writer’s journey with us in an interview where he discussed his amazing successes as a self-published author. This week, he talks about his writing philosophy, how he creates the serial killers that terrorize us, and how he developed his bestselling brand of storytelling.


Welcome back to MB4, Michael and thank you for taking the time to share with your fellow writers. Why did you choose to write suspense thrillers, and what are the basic elements that make your thrillers such an engaging read?


I've always liked suspense novels, but at first I really didn't know how to go about writing a police procedural because of all the technical information that's required. When I started reading Stephen King, I realized he'd probably grown up reading the same writers and watching the same movies I had, and his books didn't require much in the way of specialized knowledge. So I tried to emulate his approach, and my first efforts were horror novels. Eventually the market for horror books dried up, but the serial killer craze was just getting started, so I was able to make the transition to what my publisher called “psychological thrillers.”


Over time I developed an approach to the genre that works for me. I found I was best at writing a female protagonist and a male villain, compressing the story into a tight time frame – usually one or two days – and having at least two major plot twists, usually one in the middle and the other toward the end.


If you can tell a fast-paced story with interesting characters, some good twists, and a strong central conflict, you'll find an audience.


Who is Michael Prescott’s audience? How has it changed over the years? Do you envision a specific kind of reader when you write your novels?


I can’t say I envision any particular reader, but I have the sense that my female readers outnumber my male readers. That’s partly because I focus on female protagonists, but also because women read more than men do.


In a recent interview you mentioned that writing female serial killers was harder than writing a male villain. In fact, I think your exact, hilarious words were: “I’ve tried writing only one female serial killer. For me, it was harder than writing a male villain. I found I had an unfortunate tendency to make her kind of campy, like Cruella de Vil, only without the puppies.” Kellielarsenmurphy.com. What makes a good thriller villain? And of all your villains, which one is your most despicable favorite?


I think probably the best villain I wrote was John Cray in Stealing Faces, a psychiatrist who runs a mental hospital and actually ends up with the female protagonist of the story as his unwilling patient. Cray, whose name was inspired by the supercomputer company, has most of the elements I find interesting in a bad guy: he's well-educated, intellectual, coldhearted, psychopathic, and has a philosophy of life that can be explored in some depth.


Another, somewhat similar character is Peter Faust in Final Sins, a murderer who was able to get off with a very light sentence and has since become a twisted kind of celebrity. Naturally, he is still killing people in secret. Again, he's an intellectual sociopath with a personal philosophy. The character was inspired by a couple of books I'd read about Adolf Hitler. I like to have some kind of philosophical or thematic element to the book, and it usually comes out mainly through the villain and the exploration of his pathology.


Your villains may almost always be male characters, but your heroines are often females. Abby Sinclair, Tess McCallum, Bonnie Parker, Donna Wildman, they are only a few on the list. What’s the difference between a crafting a female protagonist and a female villain? And do you think that female characters will take over the suspense thriller world?


I found by trial and error that I was just better at writing female protagonists. The male protagonists that I came up with tended to be a little flat, while the women were easier to bring to life. And the conflict between a female hero and a male villain can have a certain undercurrent of sexual tension that adds something to a story. I’ve never had much success with female villains, and I doubt I'll do another one. I find it easier to access my own dark side by going into a male character’s psychology.
I don't think female characters are going to take over, but there is certainly more of a market for them than there was twenty or thirty years ago. Back then, there was some novelty in just having a female cop or a female FBI agent or whatever, while these days there's no novelty to it at all, so you have to make the characters a little more over the top in order to keep them interesting. Because we’re so saturated with entertainment, it’s become necessary to make the stories bigger or more far-fetched in order to differentiate them from everything else that’s out there.


What comes next for Michael Prescott?


Back in 2013 I started a new series featuring a female private eye named Bonnie Parker, who moonlights as an assassin in cases where conventional methods don't go far enough. Bonnie, by the way, is named after the distaff half of Bonnie & Clyde. I’ve put out two books in the series so far, Cold Around the Heart and Blood in the Water. A third book is in the works now. I expect to publish it later this year. I'm not a very fast writer, and this book has endured a lot of delays, but it's coming together pretty well. I like the character and the series, and I hope to continue with it for a while longer.


Thanks again for talking to us, Michael. It’s been truly a pleasure. We wish you continued success in your journey. 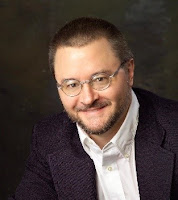 
After twenty years in traditional publishing, Michael Prescott found himself out of work in 2007, his career apparently over. On a whim, he began releasing his older titles and some new novels in eBook form. Much to his amazement, sales took off, and he became one of the bestselling eBook writers in the United States.

Dora and Michael, thank you so much for this intriguing article. I just realized I've missed Michael's newest books featuring Bonnie Parker. I must get them today!