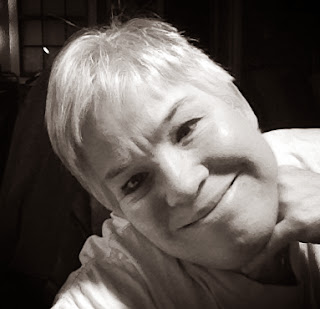 Something big rises. It stirs the darkness. The occupants in the room feel it pressing against their shoulders, crushing them beneath its weight. Four inhabitants of the swirling creative gases stand together.

That's really how it felt back in February of 2008 when I started this blog with my three buddies, and together we birthed Murder by 4.

At that time, we were all into mystery, suspense, and thrillers. We knew there were few blogs geared specifically to a genre at that time, and our idea was a great one. Mb4 took off and has never looked back.

We've made changes through the years -- but you, dear Murderer has always known you would find us here. I, personally, have been talking to you for nearly five years now. That's longer than some marriages last!

But because of the recent addition of Dora, (isn't she just precioussssss, Murderers?-oh no you don't- no biting-we need her)- and a wealth of new readers on the blog, I am posting this week as if I were a new member.

Some of you have no idea about me, who I am, what I do, how I love the taste of blood...ha.

Back in 2008, I was just releasing the first book of my mystery series, Avenging Angel, book one of the Shannon Wallace Mysteries I called it a cozy, but truthfully, it is more of a New Adult zany mystery. Shannon is a recent college grad looking to situate herself in the career market. She loses her first real job and when her boss is murdered, well, she takes off on an adventure that will make you laugh out loud. Very much in the vein of Janet Evanovich. 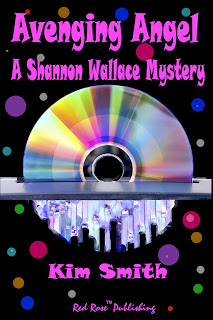 Avenging Angel by Kim Smith
I also started up a radio show called INTRODUCING WRITERS (still archived out there). It garnered great author guests(Charlotte Hughes, Katherine Center, Robin Burcell, etc) and a ton of great books were presented to my fans and followers. But after a couple of years of hosting the show, Shannon and Dwayne were slapping my muse around and I realized that I hadn't written anything in a long time. I held shows nearly every night. It was grueling and a bit devastating to my writing career. So, I stopped the show.

In the following years, Shannon and her sidekick, Dwayne, get into two more books, Buried Angel 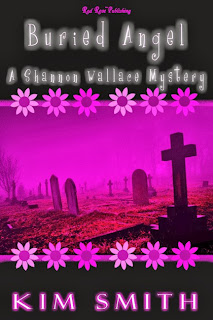 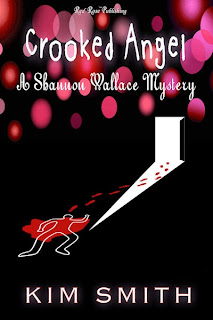 making a whole trilogy of their adventures. You can still get them, Murderers. They are on Amazon. I also penned A Will to Love, Love Waltzes In, and a slew of short stories.

I guess you could say I was in transition. Something new stirred in the darkness. My heart longed to follow after a different love. I called it my first love, because the very first book I ever penned was a YA fantasy. At least, Victoria Strauss told me so, waaaaaay back in the early 2000s when I first started writing.

Confession time. When the light pierced the darkness, and Murder by 4 really took notice by such greats as WD's 101 Best Sites, and the blog was going great guns, I silently switched genres.

I published a YA fantasy, A Mirror in Time, but lost the publisher who closed her doors. I did what so many indie published authors have had to do. I rewrote the book, re-covered it, and self-published it. http://www.amazon.com/An-Unexpected-Performance-Kim-Smith/dp/1484887514 An Unexpected Performance was born. 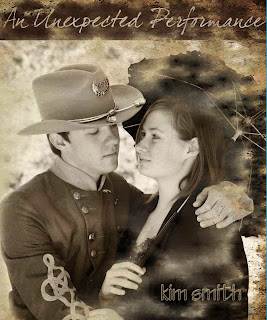 Blurb:
A drama award, a theatrical mirror, and two teens destined to be great actors. If they can survive their part in ... An Unexpected Performance.

I also started up a new radio show. Writer Groupie is alive and well, and in the new year will be looking for guests. I host my shows on Friday nights at 10 PM CST.

I have a new website, with a shiny new blog as well, at Kim Smith, author -- I hope you will take time to check it out. I post mini-podcasts about once a week, talking about sorts of subjects.

Some things never change, Murderers, and the fact that I am here, posting, back in the saddle as it were, is one of them. You will get a new book from me in 2014, as Loran Rudder and the Secret Key is about to be born. I have several short stories as well, one is free on my website, for you, if you choose to get it. It's a weird experimental thing called Anenome Hanks.

I don't know what the future holds for this blog, or my writing life, (I am not THAT good, pal)- but one thing is for sure--it will be interesting. I believe it will be stellar. After all, we are Mb4-after all.

I hope you will hang around to find out!


Kim Smith is the author of Ten Tips for Getting that Book Written, a tiny tome to tweak your muse and get you in the writing chair. A founding member of Mb4, an exciting voice in the writing community, Kim has penned tons of articles about writing and the writing life. She has six books in print and ebook, including the wildly popular Shannon Wallace Series. She can be found every day on her website and blog at http:/www.kimsmithauthor.com-on Facebook at http://www.facebook.com/mkimsmith and on Twitter at http://www.twitter.com/mkimsmith or @mkimsmith- she also has a tumblr and linkdin account as well as her writing appears on wattpad pretty regularly. She welcomes your interest in Writer Groupie radio show you can email her to be a guest at kim smith@ kim smith author dot com (no spaces)
Posted by Kim Smith at Thursday, November 14, 2013

Great post! I didn't know you did a radio show. Thank you so much for sharing your adventures with all of us.

thanks Dora :) now you have to come on the show and be my guest! Our friend Maria, author of The Coal Elf is coming on to play-- you gotta get on here too!

I loved this post, Kim! And I LOVE your books and have had a blast on your radio show! We need to ask more of our MB4 contributing guest bloggers to join in the fun. I think Scott Eder and Christine Amsden would love to come on. Plus there are many more!

Thanks Aaron, I am very excited about getting new guests lined up. And I hope my next book will be received with the gusto you have always shown them. Thanks again - you rock!

Good for Maria! I'd love to be a guest in your show too!