Meet Dave McDonald. He writes suspense. Give a read to his journey. You Murderers might see something that reminds you of your journey. 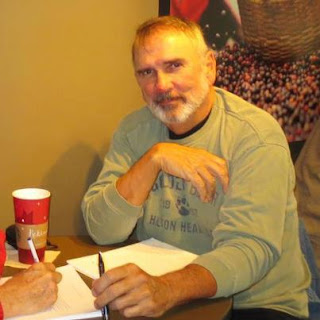 I have written ten books with the intent of having a shared theme of common people forced to confront major social issues.  The social issues are my motivation for writing.

I wrote SAM’S FOLLY because I felt there wasn’t enough being done in the world to minimize the number of children being abused, and often kidnapped and killed, by pedophiles.

The last thing I wanted to do was to write another cop story.  I wanted my protagonist to be unique; a character who evolves from the darkness into the light.  A character who initially the reader dislikes but cheers for, and eventually loves.

One idea gave birth to another, one chapter begat another, and months later, I had written a story.  But stories don’t become books until the editing surgeon can no longer detect discrepancies.  And although I never thought I’d be able to say this, I’ve grown to love editing.
After reviewing the first draft of SAM’S FOLLY, I found my protagonist, Sam Johnson, to be anything but a common or likeable person.  I had created a psychopath.  I didn’t want a DEXTER for my leading man. I wanted a man with a heart.  But my story was centered upon Sam Johnson being a retired ex-contract killer. So my plight was how to create a killer-for-hire who wasn’t a psychopath; a killer that readers would hopefully think of as a hero.

I needed knowledge, a character baseline.

The first thing I did was good ol’ research.   I read a book written by a psychiatrist that defined both sociopaths and psychopaths.  These people have many problems, but their one major flaw is they don’t have a conscience.  An added scary side note is four out of every one hundred people are either sociopaths or psychopaths.  So we all know a few; an enhancement for dead-bolts sales.
Having general ideas about who I wanted versus didn’t want as my main character, it was time to get to specifics.

Lists are normally a good thing.  I listed the character traits of a psychopath and across from that grouping I listed the traits of the character I wanted Sam Johnson to be.  Now all I had to do was create a character that killed people for money and yet knew the difference between right and wrong.  Instead of ‘the Tin Man finds his heart’, my premise would be Luca Brasi (the family’s assassin in the GODFATHER) finds a conscience, a difficult task.

After weeks of floundering, my critique partner solved my conundrum.  He gave me a conscience-blocker Sam could utilize before each murder.  It was a simple and yet powerful tool ironically laden with remorse that was a catalyst for instantaneous action; thoughtless killing.

Then I rewrote the entire book, seeding the story with releases of stored emotions by Sam Johnson along the way; traits to give the reader glimpses of light in Sam’s darkness.

So how did I do?  Readers are the final judges.  I believe one of the 5-star comments about SAM’S FOLLY encapsulates my efforts.

It's hard to write a review without giving away the story. To sum it up, I found myself in an emotional tug of war. I wanted to hate Sam at the same time I was drawn to him. The author, Dave McDonald did an excellent job building a memorable character, defining him, and then stripping away his layers one at a time. In spite of my busy schedule, I managed to read it in two nights because it was simply that difficult to put down.
I do not hesitate recommending this book!

So if you find yourself in need of a character overhaul, research, lists of character traits, the use of emotional tools, and great critique partners are my suggestions for character editing. 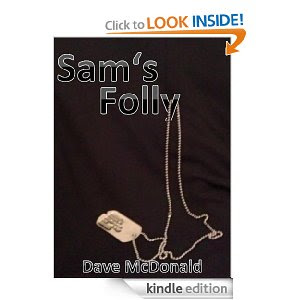 Dave and Kim, this sounds like an intriguing read. I also LOVE the cover art! Congrats and best of wishes for success with this one!