Who Will Do It? 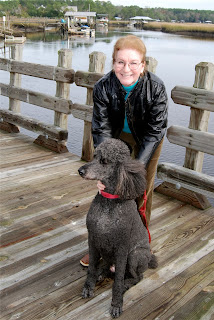 © Gerrie Ferris Finger 2010 all rights reserved
When writing a novel, there are at least two schools of thought on knowing the ending at the beginning. That is to say, in the mystery novel, the whodunit – leaving for the dénouement the whydunnit. Although the whydunnit is the key to whodunit, it's the who that's dunnit.

There are writers who like to free-wheel and find out what's behind the plot's happenings at the same time the characters do. I'm more of a director when it comes to knowing who my heroine is going to pursue. My thoughts can take off in chaotic directions if I don't have a bad guy to focus on. I need someone who leads me and my heroine up the plot trail. She can free wheel; I want my bad guy a step ahead until the end.

I've written romance, romantic suspense, and now I have a mystery, THE END GAME, that was released on April 27. All my novels have a mystery component that adds conflict. I like to keep readers guessing. Are the characters they've come to know true to their words and deeds? In a romance: Is the man the heroine has fallen for the perpetrator of some evil deed in the past? In romantic suspense: Why does a stranger want the heroine to help him find his wife's murderer, risking her life in the finding?

I may not know the antagonist when I write the first word of the manuscript, but I want to know who the bad guy is by page fifty or when my characters have established themselves (and they will do that without direction from me).

At the start, I know the heroine's character and personality. (I haven't written a hero's story yet.) I put her in a situation that kicks off the plot. Characters come along and suddenly the bad guy emerges. Oh, he doesn't show up as the obvious bad guy because we (readers and this writer) are just getting to know him or her. But here is where my directorship takes over. Now that I know who he is, I can hide him under different guises, while being fair to the reader. I can see where he's going and divert him if he wants to get off the evil trail. I've written stories where the evil-doer has an overwhelming urge to redeem himself. That can't happen, this is a mystery, not a literary novel.

In the mystery, there are usually three to five characters with conflicts that make them suspects. As the focus narrows, my heroine has to see through the twists to figure out who committed the crime in order to solve it. In THE END GAME, heroine Moriah Dru, a professional PI child finder, sarcastically says to her lover, police lieutenant, Richard Lake: "Just what I like, an eeny-meeny-miney-moe of suspects."

Knowing the identity of the antagonist doesn't mean I know the ending of the book, or his motivations, or how he plans to defeat Dru and Lake. He has his secrets, but, in the end, like Dru, I'll catch him. By then, too, we'll have figured out the whydunnit.

Gerrie Ferris Finger is a winner of the Malice Domestic Best First Traditional Mystery Novel Competition. She lives on the coast of Georgia with her husband and standard poodle, Bogey.

Gerrie, welcome to Murder By 4! I really enjoyed reading your post because I take very much the same approach as you do. I too need to know the who, what, and the why of the antag when I start to write. That character will get developed as the story moves on.

I had an interesting experience a couple of weeks ago though. The character I thought should be the bad guy in my current novel didn’t work out as I had planned. I couldn’t put my finger on what was holding the story back until I was 2/3 of the way done with the manuscript. That’s when I realized the bad guy was all wrong. When I made another character "it", the plot blossomed! It wasn’t an easy decision because I liked that character, but he’s not predictable and that’s what’s going to make it.

It's fascinating how characters can make decisions for us. In a story I finished recently, I had no doubt about the killer--until three chapters from the end. That's when I realized that "my" killer had strong motive for the second murder, but not the first. That crime, I "discovered" must have been committed by a character I thought was the most innocent person in the whole cast. And, as it turned out, she had motive and opportunity.

WOW Caroly! You could be talking about my novel. Isn't it great when that aha moment happens? :)

This has happened to me. Before I started The End Game, I knew who I wanted the bad guy to be. Guess what? The character I created didn't work as the bad guy. Can't say more to spoil, but after the characters were in motion he/she became apparent.
I enjoyed being here, Marta. Your blog is excellent.
I'm writing this from Malice Domestic which promises to be successful this year.
Gerrie

I really enjoyed reading this--I'm in process on my first mystery (after mostly writing suspense) and I feel compelled to think it through more completely, as a mystery needs to be logically solvable by the reader (not the EASY solution, but a solution they can at least say AHA when they hear it)--I have 5 suspects themed around three 'stories' to be uncovered, and know between two people which it will be --leaning heavily toward one, but keeping the other open, in case when I get there, it comes out a more elegant plan. I like hearing though, that there is someone with similar thoughts on the matter.

Gerrie, it's wonderful to have you with us at MB4! Great piece, and I love hearing that not everyone writes with an outline. Damn, my characters shock the heck out of me sometimes, bringing me on twists and turns I never planned or even envisioned. I think that's why it's so much more fun than say, spec. writing. ;o)
Thanks again and come back soon!

I am a pantzer totally and yet, I like the knowledge of the whydunnit in advance of finishing. Like to know where I am going I guess.

thanks for posting Gerry!

Outlines serve some well, but not me. I don't have a restricted mind nor will my characters conform to my ideas.

It's been fun here. Best to all.

Haven't heard the term whydunnit before. Love it! Thanks for this post. :-)