Commitment! Is It Everyone’s Problem? 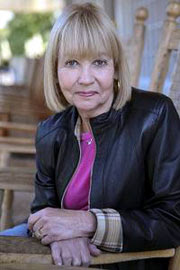 © Barbara Levenson 2009 all rights reserved
Friends and family continuously ask me why I wanted to write books. What they really mean is when are you going to decide what you want to do when you grow up?

I can understand their curiosity. In the past, most people decided on one career path and stuck to it, sometimes to their disadvantage. Women in particular seemed to grab on to one job fearing to venture down a different road. More recent analysis shows that workers have accepted the fact that we live longer and need not shut the door on new vocations that beckon. For some, this has come through an industry shut down, forcing people to pursue new professions. For others a level of boredom forces them to widen their work options. I put myself in this latter group.

Some years ago, I entered my first campaign for elected office only because I read an article in the local paper. The article said that seven incumbent school board members were unopposed in an upcoming election. All of them were older males with no children in the public schools. I thought this was unfair, so I became the first woman elected to office in Columbus, Ohio.

A few years later after a move to Miami, Florida, I decided that my children were old enough for me to return to school. I took the LSAT’s and went to law school, something I had always wanted to do. That led to a job as a prosecutor. I spent time in the narcotics division, prosecuting drug kingpins and learning to be a litigator. A few years after that, I opened my own law office specializing in criminal defense and civil rights litigation. Eight years after that, my husband suggested that I was looking tired from traveling the country defending clients. “Why don’t you run for election for a judgeship?” Once again, I became a candidate. This was a fascinating experience, meeting voters all over Miami-Dade County, an area larger than some states. What a variety of voices to hear, from the elderly retirees in North Dade County, to farmers in South Dade County, and to those who had given up everything to immigrate to this country.

My new job as a judge filled over a dozen years hearing cases from auto thefts to rapes, from murders to drug sales. The experiences centered around courthouses and jails suggested numerous plots and characters, enough to fill many books. I have always loved to write so it was a natural step into my newest career as an author. I got hooked on writing when I was in grade school and entertained my friends with stories and plays which we could act out. By junior high, friends were begging me for more gruesome thrillers and by high school I was branching out into essays, one which won a contest in our local daily newspaper. Writing began to mean popularity of a sort.

When friends ask the question, why are you writing books, the long answer is that all these other careers led me here. There may be another answer, as well.
Readers who are getting acquainted with Mary Magruder Katz, the protagonist in FATAL FEBRUARY and the mysteries that will follow her life, have noticed Mary’s character flaw. She has a commitment problem. She has been engaged twice before meeting Carlos, her current passion. Even though she wants Carlos in her life, she doesn’t want to commit to forever. This idea of commitment is an underlying theme of FATAL FEBRUARY. Besides Mary’s dilemma, the victim, Gary Yarmouth, has trouble with a monogamous relationship with his wife.

Perhaps my career changes indicate that same problem, although in my case it isn’t a lack of commitment in my personal life, but to a professional life. Or maybe it’s just plain boredom. I wonder if we looked closely at people who we know well, would we find that everyone suffers from some form of lack of commitment? I would love to hear from readers about their own experiences and views. You can contact me through my web site, barbaralevenson.com. For right now, I am committed to writing books as long as readers want to read them.
Posted by Marta Stephens at Friday, February 20, 2009

I wonder if it is a lack of commitment or just a shift in commitment. It depends on where the commitment lies.

Barbara - wonderful piece, and what a venerable career you've had! As we live, we learn. We master one thing (sometimes!) and yearn to go on to something more satisfying, something more challenging, or just something...different. Right? You've shown that it can be done with grace and style. Kudos! And best of luck on your series - I'll put it on my list!

I think Mary and my character Shannon are somewhat affiliated. Commitment anxiety. Makes for fun reading!

Thanks for stopping by MB4, Barbara. All the best to you!

Marta,
Thanks so much for letting me be a guest blogger on your website. And thanks to all the interesting comments. I love getting feedback from other readers who love mysteries.

I like the whole "shift in commitment" idea. It sounds better than saying I'm not committed :) But, I think you've hit on a fundamental struggle for everyone which makes the characters so much easier to enjoy! Keep writing!

I recently came accross your blog and have been reading along. I thought I would leave my first comment. I dont know what to say except that I have enjoyed reading. Nice blog. I will keep visiting this blog very often.

You might be onto something. Surely there are other reasons why our interests evolve, but how many of us have had trouble procrastinating? Isn't this a possible form of noncommittal?