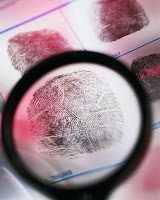 Ever wonder what it’d be like to hatch a deliciously evil plot? A devious plan so utterly out of character that you’d remain above suspicion? I bet you haven’t. Admit it, you’ve had those days when the little, insignificant annoyances build up. Two days ago you could shoo them away like a pesky fly. Today, they’re that speck of dust in your eye that grinds into your flesh from the other side – it jabs and nudges you over the edge. A vicious scheme starts to spin and weaves ugly thoughts through your head. Every vivid detail of the crime from beginning to end takes form. Suddenly a grin slips across your lips. The target, your victim, is well in sight still you wait. It could take weeks maybe months before the perfect moment arrives; that split second when your prey least expects your strike. At that instant, a swift, clean move eliminates the offender and you, the killer, leave the scene unnoticed.

Except, murders are rarely planned, they’re seldom clean, and the killer always leaves something behind. A strand of hair, a scab or careless fingerprint, a trace of saliva on a cigarette butt or on the edge of a drinking glass is all it takes. One slip and you’re done. 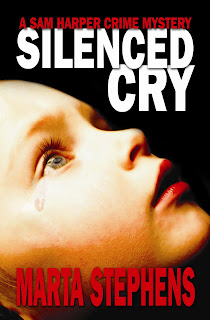 Regardless of how random the crime might seem, there is usually a motive. It could be as immediate as an impulsive response to an argument or as obscured as a childhood experience. Once I decide who committed the crime in SILENCED CRY, my challenge as an author was to understand the killer’s motive -- his madness. The hardest part, of course, was making the killer invisible until the last possible moment.

My writing has been influenced as much by film as it has been by literature. One of my favorite past times, in fact, is to watch a suspense or thriller and try to guess who perpetrated the crime. I’m usually good at fingering the right person, but I hate to be right. There’s nothing better than to not see it coming. Sitting on the edge of my seat with one expectation and getting blown away by the truth is half the fun. Two movies that immediately come to mind are, HIGH CRIMES, and PRESUMED INNOCENT. Both films successfully divert the viewer’s attention from the killer. In both cases, the charges against the defendant are dismissed, and just when I thought the cases were solved and nothing else could possibly happen -- it did.

In chapter one of my novel, a shot is fired and the first of several victims is killed. In chapter 10, Homicide is called to investigate a cold case. Workers find the skeletal remains of an infant entombed in a wall of an apartment building marked for demolition. Two murders, no connection, no motive and still no suspect. The killer’s only advantage is time. The Baby Doe murder was committed years before DNA was admissible in a court of law. It was an era when all a killer had to do was to lurk in the shadows, watch his back for a while, and if need be, pay someone off to keep quiet.

The investigation heats up when Homicide Detective Sam Harper discovers a connection between the suspects in the Baby Doe case and his late partner’s murder. Evidence thrusts him ahead to unveil a host of crimes and a multitude of suspects. This modern day detective and his team of forensic scientists know all they need is that single hair, a sample of semen, or a trace of saliva to pin-point the guilty.

With the criminals safely behind bars, the cases appear to be solved until Harper’s attention is drawn to an otherwise ordinary event in the killer’s life. It’s an unlikely slip but to the trained eye it is as damning as a bloody fingerprint. A key turns, the lock flips open, and the truth flashes across Harper’s mind with the force of rippling white lightning. He discovers the trigger, what began the throng of crimes, each intended to conceal another. Yes, the killer committed the perfect crime and for nearly two decades his house of cards stood erect until a seasoned eye and DNA fingerprinting revealed far more than the killer’s identity.

The SILENCED CRY book cover is eligible for the 2007 Cover of the Year award. Voting ends April 15. Every voter will be entered in a drawing for the winning title.
For excerpt and reviews go to http://www.martastephens-author.com/

Whew! And what a great book it is,too. Gentle reader, you must add this one to the keeper shelf!

A devious plan so utterly out of character that you'd remain above suspicion?

I've never thought about this before. You've inspired me. I mean, if I killed someone on the quadruple black diamond ski trail at some ski resort, no one would ever suspect me, because, well, I can't ski to save my life.

Okay, so I'd die in the process, but still---there's potential there, no? I could use a snowmobile.

I was afraid your link would be buried in the comments over at Curious Distractions, so I wrote a new post about Murder By 4. I'd be thrilled if you guys would stop by.

Don't worry, it won't implicate you in any future murders, out of character or otherwise.

Hey Robin, glad to see you back again. Inspired you, huh? LOL Don't do anything I wouldn't do!

By the way folks, here's the link to Robin's blog, Curious Distraction http://bellibean.blogspot.com/ ;0

Wandering in from Robin's Blog and have to say your book sounds fantastic!

...favorite past times, in fact, is to watch a suspense or thriller and try to guess who perpetrated the crime.

Have you seen the movie Identity? Huge nail biter with surprise ending. Hubby and I couldn't figure out who did it and were both sitting at the end with our jaws on the floor!

Marta, this is a beautifully written and fascinating post. I adored Silenced Cry, and love how your brain works!!!

Hi Tracey and welcome to MB4. Thanks so much for stopping by. Hmm, haven't seen Identity but may have to now! :)

Hi Aaron! It takes a twisted mind to weave a twisted tale, huh? Thanks, buddy. :) Glad you liked the post. Were you wondering about me? LOL

I wasn't wondering about you - I know you too well. I know I could call you to plot the perfect crime if I ever need it. You'd help me avoid all the stray evidence trails that would catch me up! LOL! Good thing all we do is fiction, huh? :o)

Thanks SW. That means a lot coming from you!!

It's funny how these things work. When I think of my character, Sam Harper, I can immediately get into his head/voice and thus it comes out in my "writing style." But it didn't happen over night. I've been writing this character for nearly five years now and it's scary to know how easily I can get into his voice. ;) Will he ever take over?? Hmm.

And the cover is great too! I hope you all come to vote for it for Book Cover of the Year on my site!

Hi Erin!! It was SUCH a shot in the arm to win August 2007 Cover of the Month. We'll see what happens.

Thanks for stopping by. Hope to see you here again! :)