SO YOU WANT TO WRITE A LEGAL THRILLER ... 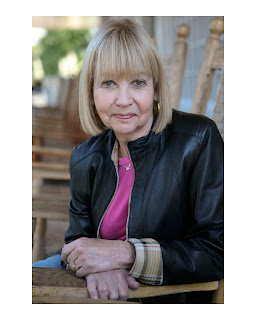 ... But all you know about court is what you’ve seen on LAW AND ORDER


Most readers savor mysteries and thrillers that revolve around court cases. Scott Turow and John Grisham are attorneys. My two mystery novels, FATAL FEBRUARY and JUSTICE IN JUNE, make use of courtroom scenes and clients with legal problems. This was easy for me since I am a lawyer and a judge and have spent half my life in courtrooms.

Is it necessary to be a lawyer to write a mystery that is centered in the justice system? The answer is no, if you are willing to spend some time getting ready to write such a book.

Although the protagonist in my mystery series, Mary Magruder Katz, is a Miami criminal defense attorney, there are many other protagonists who can fill the role in a legal thriller. Court reporters sit in courtrooms and do nothing but listen. They mull over their own theories of the cases they cover. Court clerks sit in court all day and have access to the files in all the cases assigned to a judge. Bailiffs are an important part of courtroom proceedings. There are corrections officers, victim advocates, guardians ad litem who protect the rights of children and the elderly. Any of these people could be an interesting protagonist. Since none of them are lawyers, they aren’t expected to know all the nuances of the law. 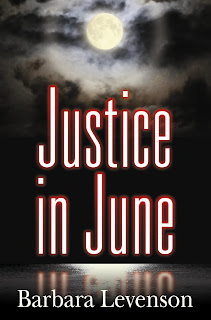 So how can you learn enough about how the court works and the procedures which must be followed in order to make your book sound authentic. The best way to begin is to go to court. All courtrooms are open to the public. Pick a trial that sounds interesting and sit through it from jury selection to verdict. Bring a notebook and keep running notes of the way a trial proceeds, how the witnesses sound, and what the lawyers argue about during motion hearings. Prior to the beginning of the trial, explain to the bailiff that you are an author doing research. Ask the bailiff if you may take a minute and introduce yourself to the judge. Most judges will be happy to entertain questions after the trial, so note those in your notebook as the trial proceeds.

Sitting through more than one trial is even better. All judges operate their courtrooms in their own style, so you will gain even more understanding of the variety of problems that occur during every trial. You will also hear objections and the judge’s rulings which will give you some background in what is allowed and what cannot come into a trial.

Court files are open to the public. Most files are in the care of the Clerk of Court and can be requested to be read in the clerk’s office. Ask for help from a court clerk for the procedure to request a file. Then go through the file and read any motions that have been filed by the attorneys. Read the depositions of witnesses to get the flavor and rhythm of questions and answers.

Now that you have a little feel for the workings of the system, your next logical step is to find an interesting attorney who is willing to let you shadow him or her for a few days. Most lawyers are happy to accommodate you especially if they get mentioned in your book and are given a nice commercial in the acknowledgments in the front of your novel. This is your opportunity to ask dozens of questions and increase your knowledge of the day to day work of an attorney. You should look for a criminal defense attorney or a prosecutor. These are the lawyers whose lives revolve around court proceedings. Civil attorneys spend very little time in court.

One caveat, don’t expect to be allowed to sit in on client conferences. This would destroy the attorney-client privilege of confidentiality.

Don’t disregard the importance of the paralegal or secretary of the attorney. They have valuable knowledge of the justice system from the angle of a lay person who is involved closely with the lawyer.

If you decide to cast your protagonist as a bailiff or a court reporter, arrange to spend some days following them through their tasks. Again, most people are flattered to have an author seeking their comments. Bailiffs’ duties involve keeping the courtroom running safely and quietly. They wield great power. Attorneys know if they don’t make friends with the bailiff, their cases could end up at the end of a busy docket so there is much material ripe for a novel.

Trials cannot proceed without the services of a court reporter. Without one there is no record of the proceedings. A good court reporter is vital and a bad one can wreck the record. He or she knows their importance so don’t overlook the authenticity they would bring to a legal thriller.

If you are versed in a second language or the setting for your novel is in a jurisdiction where there are a variety of languages spoken, an interpreter is vital to court proceedings. In Miami where I practiced and sit as a judge, courts can’t survive without an interpreter. JUSTICE IN JUNE utilizes an interpreter in one of the three featured cases that make up the plot. Mary’s client, accused of terrorism, finally gets his day in court after being hidden away for weeks by federal officers. That courtroom scene could not be authentic without an interpreter being on the spot.

One set of professionals that I haven’t discussed are journalists. There are fewer reporters working for fewer newspapers, but court cases still get coveted print space in electronic and print news outlets. Reading articles about court cases is valuable. Of even more value for the purpose of an author is following a court case and then reading how a reporter covered that case. You may find that what you heard and what the reporter wrote are not the same. Try to interview the reporter to see how he or she decided what was important to the story. If you find a reporter with whom you establish some rapport, you may even want your protagonist to be a journalist.

Now you are finally ready to begin your legal thriller. The plot is clear. The characters are coming to life on the page, but your copious notes have left you with some quandaries about the law. Why did the judge say the victim’s statement was hearsay? Why wasn’t the jury told that the defendant had raped three other women? Why couldn’t they know about his recent stay in the county jail? How come there were only three women on the jury panel and the rest got excused? This is the time for a visit to your local law school. Find a young professor who loves to talk about the law. (Believe me, they all love to explain the law copiously and endlessly) You may hear more than you wanted, but it’s a great place to ask questions.

All of this research is time consuming, but it’s a lot more interesting than sitting in front of a computer looking at pages from Wikepedia. So go to court and have some fun. Even if you don’t ever write a legal thriller, think of all you will have learned. If you’re still hankering to dive into a courtroom caper, you can always read FATAL FEBRUARY and JUSTICE IN JUNE, and the other Mary Magruder Katz Mysteries each year.


Barbara Levenson has lived in Miami for the past 33 years. A cum laude graduate of the University of Miami Law School, Barbara has served as a prosecutor and run her own law practice where she focused on criminal defense and civil rights litigation. Barbara was elected to a judgeship in the circuit court of Miami-Dade County, where she still serves as a senior judge.
Born in Mt. Vernon, Ohio, Barbara was raised in Columbus, Ohio. She was the first woman elected to the Columbus Board of Education, and later served as the Board’s first female president. Barbara was also the first woman to be named the Ohio Newspaper’s “Man of the Year.”

Barbara and her husband, a retired financial consultant, bred and showed German Shepherd Dogs for 20 years and finished 11 champions in the show ring. They have two sons.

Barbara Levenson is the author of FATAL FEBRUARY, the first novel in the Mary Magruder Katz mystery series. JUSTICE IN JUNE is Barbara’s latest novel.
Posted by Marta Stephens at Friday, June 11, 2010

Hello, Barbara! Thanks for joining us at MB4 and for your most interesting article. I admire your history and ability to both practice and write about law. Super! Best of luck with your books and come back to visit us often!