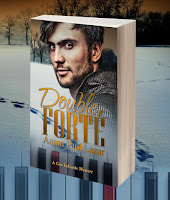 I have to admit, I was always a little smug about not having to deal with writer’s block. For the past sixteen years, I had a multiple story lines swimming around in my head. I couldn’t imagine not knowing what to write next, and my biggest problem as an author was “which” book to write next, or which subset of fans to satisfy first.


I started writing during a family crisis in 1997. My father had just passed away, and he was the 8th person in my circle of family and friends to die in a five-year period. It completely crushed me.

But soon I discovered the amazing therapy of writing. It helped that my first book (Double Forte’: a Gus LeGarde Mystery) was loosely based on my father, a music professor, consummate gardener, family man, passionate soup maker, and lover of the arts, with whom I ached to reconnect.

I had a bit of a slowdown halfway through the book. Raising three teenage girls with a disabled wife was a bit of a challenge. But I managed to make my way through it – whether it was prom dress shopping, music lessons, drama club stage crew.. you name it. Where do you think I got the silver in my hair? 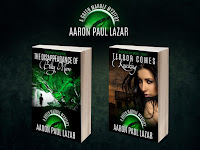 But in 2001 my mother, who’d been reading along when I started Double Forté, said, “I’d really like to know what happens to Gus, honey. Why don’t you get back to that?”

I did, and it was then that the writing bug really took hold.

I churned out book after book, until I had five LeGarde Mysteries under my belt in just a few years.

It was in 2003 that I finally realized I really “should” look into getting them published.

Years passed. Books came out. Awards were won, spurring me onward. Last year I finished writing my 26th book (23rd novel), Devil’s Spring, and was raring to go with the next one.
Again, my only problem was which series to indulge in, or which set of characters did I feel more like visiting at the time?

Then my wife’s mom died unexpectedly. She’d lived with us for eighteen years, so it was a real blow to the entire family. My wife and daughters fell apart, and I have to admit it really knocked me for a loop, too. We weren’t prepared. We thought we’d have at least another three or four years with her. But the Lord had other plans, and she went to be with Him on November 5th, 2016, about a year and a half after I lost my own dear mother in June of 2015.

The weight of the world was on me. At least that’s the way I felt. Because of Dale’s brothers living out of state, dealing with my mother-in-law’s house (attached to ours, but a full-sized dwelling), was my job. 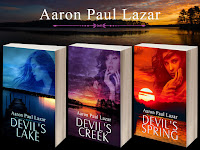 As sad as it was, my wife and I decided we’d move into her mother’s side of the house, which we’d helped her design and which is a truly beautiful living space. We offered for my daughter and her two little boys to stay in our “old” side of the house, where we’d been squished together for the past year. And when I say old, I mean old! It was built in 1811, just like Gus LeGarde’s home.

What happened then was an endless blur of weekends of me going through closets, boxes, eight fully packed wooden trunks, an overflowing packed cellar, and dealing with over fifty cartons of family “treasures” that had been brought from my mother-in-law’s home town and represented over three generations of family. Imagine 4 sets of antique china, hundreds of linen tablecloths, dozens of 1950s aprons, so many pairs of fancy dancy ladies gloves that I couldn’t count them… and so on. Unfortunately, there was very little actual value other than family nostalgia with these items. The market on antiques had dropped significantly. So, we saved a few things, and other than a few nice pieces that went to auction, the rest went to an estate sale which took so much work and planning that it just now finished up in August. 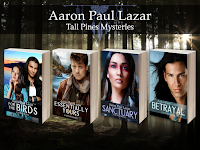 During this whole adventure, my day job boss and his wife (two of the four people in our company) left suddenly with no warning on January 31st this year, forcing me and my remaining colleague into insanely long hours and taking away my time to enjoy a daily walk as well as any writing time.

But that wasn’t all. In hindsight now, I realize I, like the rest of the family, I was actually going through a massive depression. Even when I squeezed out an hour or two per week to write, I had no urge to do so. I was bored with all my series, all my characters, and couldn’t imagine another book that would take my interest.

Finally, when I grew disgusted with my lack of creative productivity, I reached out to my fans.

I set the opening scene for a new LeGarde Mystery (book #12) and asked them for ideas. In my very strange state of mind, I honestly thought I’d covered every single possible type of villain, disaster, or evil that could descend on Gus.

My readers came through for me, and I was deluged with emails full of fun ideas that did, indeed, inspire me to a new mystery. Once unleashed, I twisted and turned the themes and came up with something—hopefully—entirely new and fun.

I’m halfway through the book now – and loving every minute of the time I get to squeeze out for writing in my insanely busy day.

So, for a guy who never had writer’s block, I guess I endured about six months of it. As I said, The Lord keeps me humble. ;o) I’ll never again wonder how this could happen to someone, and always be grateful for my loyal fans.

Remember to take pleasure in the little things, and if you love to write, write like the wind! 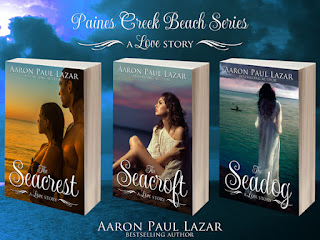 Aaron Paul Lazar is obsessed with writing. He's completed twenty-six books to date, and has earned twenty literary book awards. He writes mysteries, suspense, love stories, and more. You'll usually find him writing his heart out in the early hours of the day - preferably in the dark, quiet hours when no one else is awake in his bustling household. Visit his website at www.lazarbooks.com to sign up for a free book and to learn about future deals.

Is Summer Really Over? by Aaron Lazar 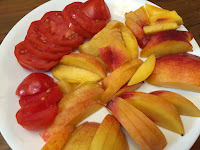 I can't believe it's already September. Where did the summer go?


One of the best parts of this season, however, is the great abundance of fresh fruits and vegetables. The sweet corn has never been sweeter, the canteloupes juicier, or the peaches fuzzier. (Ha, I know some of you hate the fuzz, but I love feeling it on farm fresh peaches) 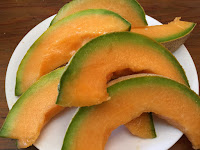 That said, yesterday (Labor Day in the US) was an absolutely gorgeous day. I got a few chapters written in my twelfth LeGarde Mystery, finished filling the freezer with tomatoes (35 gallons!) and worked on the yard with a frenzy. Where do all those errant walnut trees come from, anyway? Right in the middle of my flower gardens, mind you. I guess I'll have to blame the squirrels. LOL. 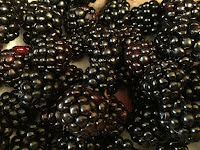 I wanted to thank all of you for your wonderful emails with memories of slang from the fifties and sixties. I was overwhelmed with the volume, and can't thank you enough! I still have to collect them all in one file for future books that travel back to my favorite eras. ;o) It was great hearing from you.
***

Here's a new givewaway! Want to win some audiobooks?

I've thrown Devil's Lake into the mix in this Giveaway. Enter to win great listens! 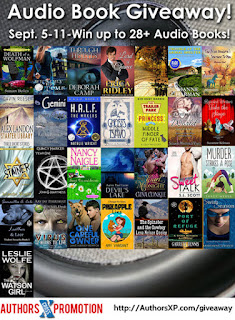 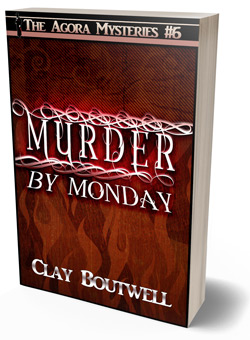 JUST RELEASED!
$0.99
If you like mysteries, please check out Clay Boutwell's new eBook or paperback. I love these Sherlockian-style books! These are "cozy" mysteries written in a style reminiscent of the Sherlock Holmes or Poirot series.

A childhood nemesis. A threat seemingly from beyond the grave. Murder by Monday...A mysterious letter sends Carl Brooke and Rutherford Nordlinger off to the aid of a man who, accused of murder, is now threatened by the man he is said to have killed.

The twelfth LeGarde Mystery is full steam ahead. With 26,000 words under my belt, it's flowing nicely. Boy, is Gus getting into mysteries in this story, one right after another. Everywhere he turns, he bumps into someone in trouble. Camille is already ferociously digging into the town's historical records to help solve the mystery of --yup, you guessed it-- a lost pirate's treasure. Many of you suggested a pirate or treasure theme when I reached out for ideas a while ago, and of course, it makes sense in the Cape Cod locale.

I'm really having a blast with this one, and man, does it feel good to be writing again. 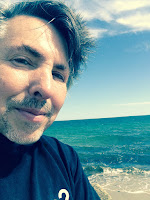 In this case, Gus has met and is interacting with the folks from The Seadog, a Paines Creek Beach love story. I couldn't resist. And best of all, Gus gets to meet Bubba, the lovable mutt Scout Vanderhorn rescues about the same time she saves her beloved Jack from the nightmare he's enduring at the hands of cruel fate and some nasty teenagers.

Well, guess I'd better get back to writing. Thanks for hanging in there with me, and especially for not unsubscribing ten seconds after you downloaded your free books, LOL! Believe it or not, that happens a lot, and therefore, I'm more than ever grateful for you. And if you haven't taken advantage of my freebies, check out my website, below. ;o)

Don't forget to take pleasure in the little things, and if you love to write, remember to write like the wind!

Aaron Paul Lazar is obsessed with writing. He's completed twenty-six books to date, and has earned twenty literary book awards. He writes mysteries, suspense, love stories, and more. You'll usually find him writing his heart out in the early hours of the day - preferably in the dark, quiet hours when no one else is awake in his bustling household. Visit his website at www.lazarbooks.com to sign up for a free book and to learn about future deals.

GREEN MARBLE MYSTERIES (mysteries with time travel and a ghost)

Posted by Aaron Paul Lazar at Wednesday, September 06, 2017 No comments: Links to this post