A Tribute to Editors 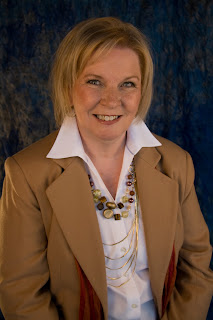 1: an absolute necessity in any writer’s life

Okay, I made it up. The dictionary defines editor as “a person who edits material for publication, films, etc.” My definition is closer to the truth. A truth I did not always recognize. 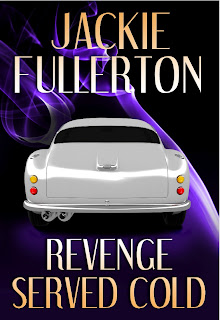 When I completed the final chapter of my first murder mystery (Piercing the Veil), I patted myself on the back. After months of writing and revising, I felt very self-satisfied. I asked a publisher friend to read it. She said she liked the story and the protagonist. Then she asked if I had considered working with an editor. Her comment took my breath away. I am a well-educated attorney and have been a college professor for many years. Surely, I know how to write. Why would I need an editor?

A reasonable person (sometimes), I regained my composure and asked Beth Rubin, the editor my friend had recommended, to look at my manuscript.

The simple truth is that editors help writers raise their work to a higher level. My friend told me something that I have repeated to several of my author friends: The ability to tell a story is a gift. A gift that writers should cherish and nurture. However, the ability to look at a manuscript and ferret out the typos, inconsistencies, hyperbole, etc., is the gift of a good editor. For those of you who possess both talents, hats off to you. (However, I urge you not to become complacent. I’ve learned that writers cannot objectively edit their own writing.)

In law school I had taken classes in legal writing. But I have never taken a creative writing class. Let’s say I learned on the job while crafting my first novel. I assumed that in a classroom setting, writers learned the disciplines my editor painstakingly shared with me. Simple things, like one space between sentences—not two. And that darn comma/period goes inside the end quotation mark, not outside. In the heat of writing, I put the comma/period outside the quotation mark over and over and over—much to the chagrin of my editor. (In my defense, I noticed that the British style requires placing commas and periods outside the quotation marks.) Oh well, I’m not in England.

My editor pointed out my obsession with the word “was.” When I used it ten times on a single page, she threatened to fine me in the future. Try writing an entire page without using the word “was.” Trust me, when facing a monetary loss, it can be done.

And what about the proper use of an ellipsis? When a character’s words or thoughts are incomplete, those three little dots come in handy. Especially when I’m writing in the voice of my impatient protagonist, Anne Marshall, whose thoughts frequently drift. I wondered, do you put three dots or four? Do you put spaces between them? And what about …

Mysteries have their own set of rules. A “get-to-the-point” style versus more flowery writing found in many other genres. My natural style was flowery (a polite term for “wordy,” I learned). Together we worked on this. Because of my legal background, my sentences tended to be long and complex. My editor had no trouble breaking one sentence into two or three. And she was right. The narrative read better.

The habit I had the most difficulty breaking: overwriting. I cluttered my prose with superfluous adverbs and adjectives, like the multi-layered flourishes in a Jackson Pollock painting. With the help of my editor I can now show, not tell what’s going on and what a character is feeling. Instead of “He was really angry,” I wrote, “His face reddened and the veins in his neck protruded.”

Sometimes her comments were humorous and I would laugh out loud. In describing a love scene I had written, “He admired her amazing breast.” Beth queried, “What is so amazing about her breast—does she have three?”

While editing my first and second books (Revenge Served Cold), I think I have learned more than any creative writing class could have taught me. And my editor and I have developed a wonderful friendship and mutual respect. Her patience is never-ending.

My advice to any new author is to find a good editor and listen to every word of advice you receive. Don’t take the criticism personally. It is intended to improve your writing and mold your wonderful story into a great one.

I recently attended a mystery writers’ conference. The speaker was an agent who stressed the importance of sending all work through the editing process before even considering submission. I looked around. Heads nodded in agreement. They understood the truth that I, as a novice author, took a long time to learn.

I raise a glass to editors everywhere. They accept the challenge of helping writers like me to take a raw manuscript and transform it into something worthy of publishing.

Ohio native Jackie Fullerton is a successful businesswoman and attorney. She, her husband Tom and their dog, Flash divide their time between the Columbus, Ohio area and Florida. She is also the author of Piercing the Veil.
Posted by Marta Stephens at Monday, May 10, 2010

Hear, hear - I'd be lost without my editors! Thanks for the tribute, which I'm sure many a stressed and unappreciated editor will be grateful for. :-)

Excellent post, Jackie! Editors are worth their weight, and we are very lucky to get to work with them.

Thanks for commenting. I thought it was time to thank our editors

Man can I relate. I don't know how my editor Leanne Kruger does it. She's working on my manuscript (she's already read it 3x), she has other clients, and she has kids to boot.

I'm not even going to imagine how many emails she needs to read every day, or all the posts she feels compelled to read. In fact, just thinking about it has prompted me to take a nap. Later.

Jackie, thanks so much for sharing your thoughts and experience! Hats off to all who have good editors. They are the make or break difference!

HI, Jackie. You are SO right! I do know some writers who are great editors, too, but NEVER on their own work! Hats off to editors all over!

Thanks for coming over to MB4 today and best of luck with your book!

I recently came across your blog and have been reading along. I thought I would leave my first comment. I don’t know what to say except that I have enjoyed reading. Nice blog. I will keep visiting this blog very often.

Thank you, Jackie, from the bottom of my heart for helping writers understand the editor's role in producing an excellent manuscript and for putting yourself out there as an example of a skilled, intelligent writer who--like everyone else--simply needs an editor.

The points you brought up (punctuation and language) are copy and line editing issues. And you are absolutely correct about the comma/quotation mark issue being different in the US and Britain. We DO put the comma inside, and they DO put it outside. Just one of those things.

I'll tell you, the editors that writers especially want to find are the ones who can do developmental editing, helping you shape that story into its finest form. Structure is what sells these days. It's what publishers look at first and foremost.

And you are spot-on about everyone. Even editors need editors. I've been editing professionally for many, many years, and I need an editor as much as anyone.